Lib Dem businesswoman anxious over EBC’s options B and C 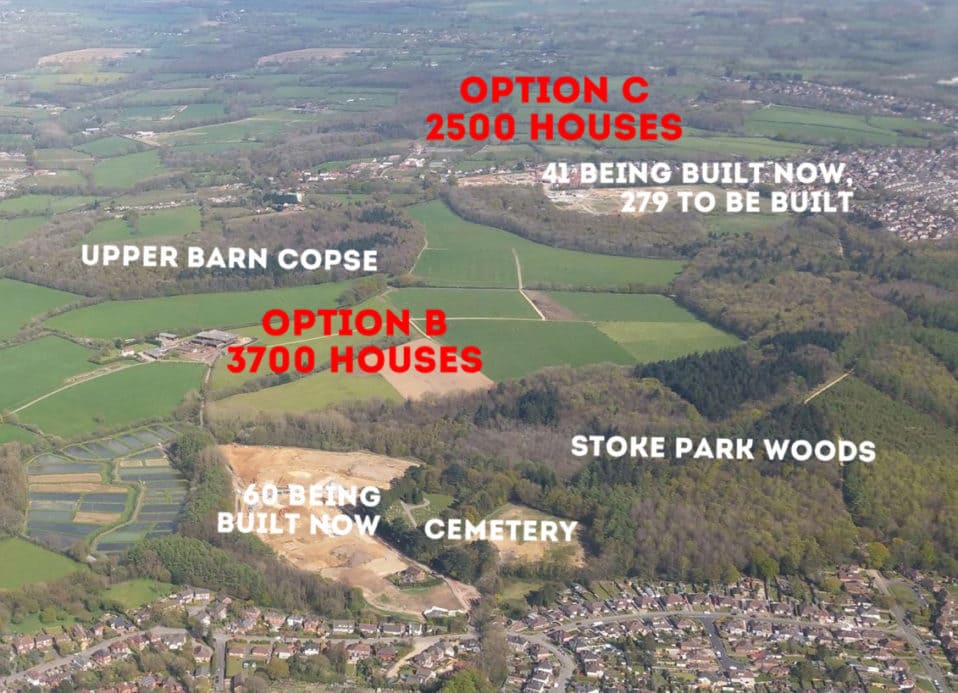 Kate Beal Blyth, local Lib Dem businesswoman, presentation to Eastleigh Borough Council, 21 July 2016: I run a long-standing business based in Wessex House and own a property in the borough too. I have lived most of my life in Eastleigh.

Firstly, I’d like to say that I’m a card carrying Lib Dem and have actively campaigned with the team here. I did this because I truly believed in the good work the council did. For years I have proudly told my friends across the country how progressive Eastleigh is – especially when it comes to the environment.

We were first out of the gate with green wheelie bins and food composting. The council-owned building my company resides in is covered with solar panels. Futuristic electric cars are plugged in next to Sainsbury’s. Even our ‘welcome to Eastleigh’ sign has the tag line ‘tackling climate change’.

However, I cannot reconcile how the council I respect is seriously considering building houses and a major new road across the most environmentally important countryside in the entire borough.

I strongly believe that building of options B and C and the so-called North Bishopstoke bypass will only increase our current problems not solve them. It is not the neat solution presented by the supporters of these plans – where the developers pay for everything and it solves all of Eastleigh’s congestion problems in one fell swoop. It’s only priced at £31million after all…

I’m not going to enter into fine details arguments against the proposed road. I’ll let our traffic consultant do that as we progress into the next stage. I am simply going to give you some headline thoughts.

Firstly, I would like to counter the argument that the road would ease congestion. If options B and C are given the go ahead it is estimated that there will be a minimum of 30,000 extra vehicle movements each day. These movements coming from one single area will only add to the congestion problems we have already. The North Bishopstoke bypass will end up being simply self-serving to the new housing estates. Not the neat solution to help relieve traffic into Eastleigh town centre.

Secondly, I would argue that the proposed location of the road itself is unworkable. Parts of Highbridge Road and the area under Allbrook bridge is renowned for regular flooding. And on the matter of the bridge how viable is it really to either lower the road or raise the bridge to an adequate height to let freight vehicles through? Has this large undertaking been factored in to the £31 million price tag? Is it genuinely achievable?

Lastly, there are three main routes onto the M3 for anyone living in the proposed option B and C area. Adding the North Bishopstoke bypass into the mix isn’t going to change our current bottleneck congestion issues as it does not provide a new way onto the motorway. We are simply adding another 30,000 vehicle movements a day into the mix.

I want to ask councillors if you have fully explored all transport options or whether you are going for the supposed easy solution offered by developers? Surely it is your duty to ask for and support a full highways assessment at this stage?

Putting a major road through the most valuable countryside in the borough must be the last resort – it’s not the neat solution to our congestion problems. Our countryside, and residents, deserve better.

Your ticket for the: Lib Dem businesswoman anxious over EBC’s options B and C

Lib Dem businesswoman anxious over EBC’s options B and C