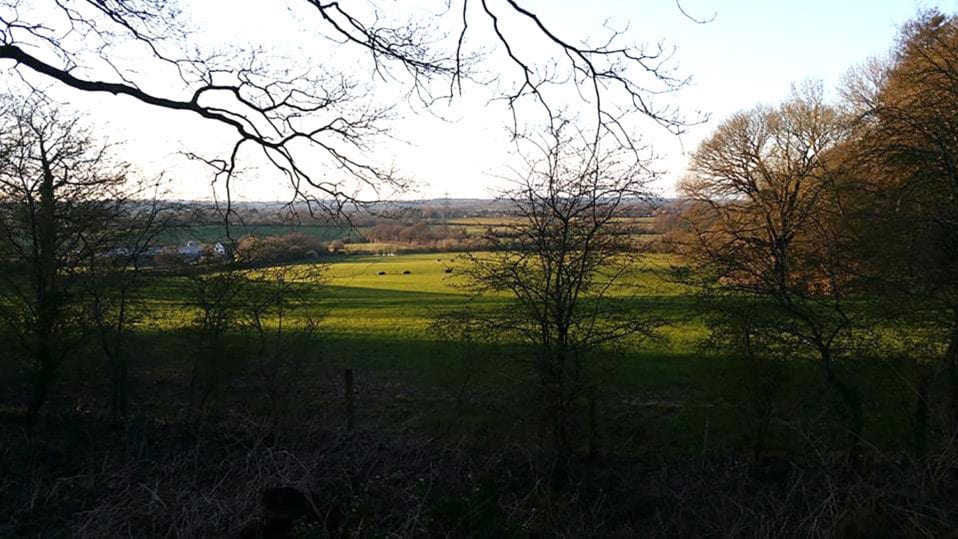 Rob Byrne, presentation to Eastleigh Borough Council, 21 July 2016: I wish to register my opposition to this massive new town, aka options B and C, set to blight our villages.

I’d like to tell you about the rich wildlife habitat around the various fields and woods we locals refer to as Stoke Park Woods, and the fact that in the past the 4th Bishopstoke Brownies won a national award for a study of flora and fauna which was presented by David Bellamy in Northampton.

I’d like to tell you about over six miles of rights of way that will be lost.

I’d like to tell you about the incredible number of people that are able to access those rights of way by foot. Indeed a breakdown of figures collated over four days shows over 80% are from Bishopstoke, Fair Oak and Colden Common. This is in line with the previous Local Plan’s desire to see more access to the countryside without recourse to the car. Although 20% were also from as far afield as Romsey, Downton and Guildford following internet walks.

I’d like to remind you of the Hampshire County Council countryside access plan for the Forest of Bere, which highlights the need for more horse and cycle access. I’d contend that Stoke Park is superior for recreation to the large Forest of Bere woodland in Wickham, due to it’s diverse woodland, extensive views and the River Itchen – all of which combine to make marvellous walks and rides.

I’d like to remind you of the huge opposition from groups such as Eastleigh Ramblers, 12th Eastleigh Scouts, the Campaign to Protect Rural England and the Woodland Trust.

I’d like to invite councillors to take a guided walk with me but I’ve already done that in conjunction with ADD and Guess what ?…… Not one bothered.

All these facts are clear to see in the submissions to the planning office, so as much as I would like to wax lyrical….. I won’t.

Because this whole process smacks of predetermination both to force through this option and to ignore the people of this borough who have responded in there thousands to oppose this.

My family, London Irish, arrived here over a hundred years ago and helped build this town, I hold in my hand a medal my dad was given by King Edward VIII in 1936 for the incorporation of Eastleigh as a borough, on it is the crest of that brave new town, with it’s motto SALUS POPULI SUPREMA LEX (“the welfare of the people is the supreme law”) which indeed Mr Mayor [Councillor Des Scott] is emblazoned across the top of the stage, above your very head.

Councillors, make yourselves worthy of your predecessors, names like Bradshaw, Quilley, and Soar. Listen to the people and save our beautiful accessible countryside, you have your own minds, you are not sheep, you are human beings! Thank you.

Your ticket for the: Third generation local urges EBC councillors to listen to the people