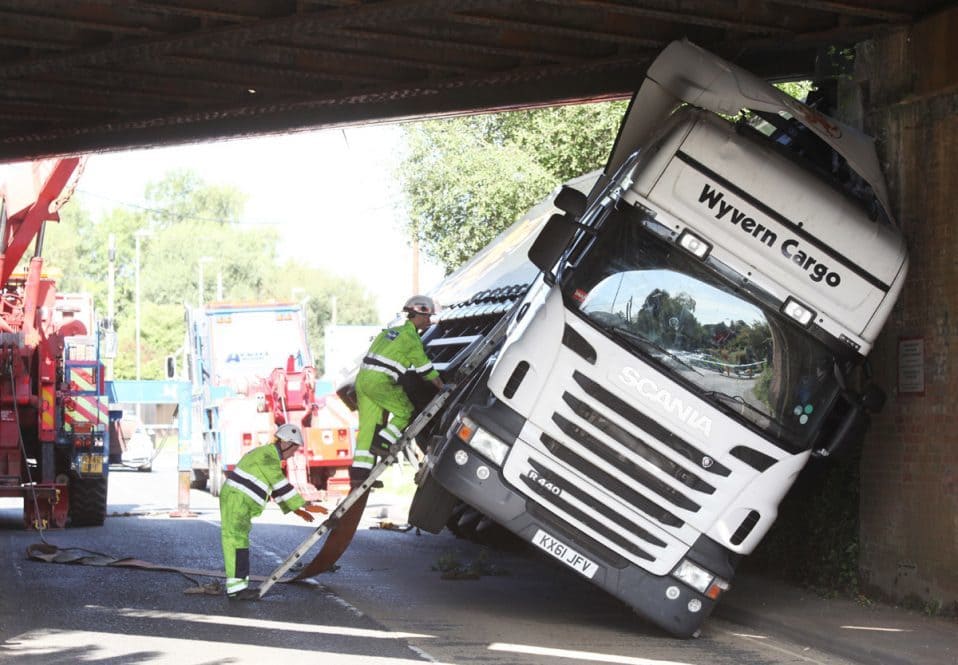 ADD UPDATE, 16 September 2016: A lorry crashed and became stuck under a railway bridge in Romsey, Hampshire, on 14 September, paralysing a town’s road network for several hours, reported the Daily Echo yesterday.  Police closed the road in both directions while recovery teams launched a mission to free the stranded truck.

Locals say it is almost the 20th time in just ten years a lorry has got stuck under the bridge crippling roads around local homes, and say ‘lives are being put at risk’.

This bridge has 14’3” of headroom, whereas the Allbrook bridge which is at the west end of Eastleigh Borough Council (EBC)’s new link road for options B and C, has only 12’1” of headroom.  Lorries have on a number of occasions also got stuck under the Allbrook bridge, causing chaos, and with no plans to heighten the bridge, which also floods, how would it cope with the 30,000 more daily car journeys and delivery lorries the 6,000+ houses EBC are building in the area would generate?

Your ticket for the: ADD UPDATE: Lorry gets stuck under higher Hampshire bridge than Allbrook