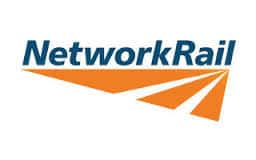 ADD UPDATE, 5 November 2016: In the run-up to Eastleigh Borough Council (EBC)’s cabinet and full council meetings in December, Council Leader Keith House has been speaking with people regarding his thoughts about EBC’s impending Local Plan.

At a Winchester Southern Parishes meeting on 24 October, House spoke about some of the representations his Council had received from organisations during the consultation period at the beginning of the year.

As a newly available transcript of the meeting shows, House said that while certain organisations had provided some “pretty helpful suggestions”, others sent in “much less helpful responses”, whilst Network Rail had not offered a response at all.  House described this as “not unusual”, adding: “We find Network Rail one of the hardest agencies to deal with.”

As to why Network Rail didn’t respond, we can only speculate.  One possibility must be that they were stunned into silence by the absurdity of the suggestion that, under options B and C, a potential 30,000 extra car journeys per day would be expected to travel under the Allbrook railway bridge, which is not only too low but prone to flooding too.

As Liberal Democrat Councillor for Eastleigh South Paul Bicknell, himself a train driver, said at the Council meeting on 21 July: “I go up and down past [the] Allbrook [bridge] and I’ve yet to work out, as I go past, how on earth you’re going to bore a tunnel underneath!”  Quite.

Your ticket for the: ADD UPDATE: EBC Leader House stonewalled by Network Rail over Local Plan