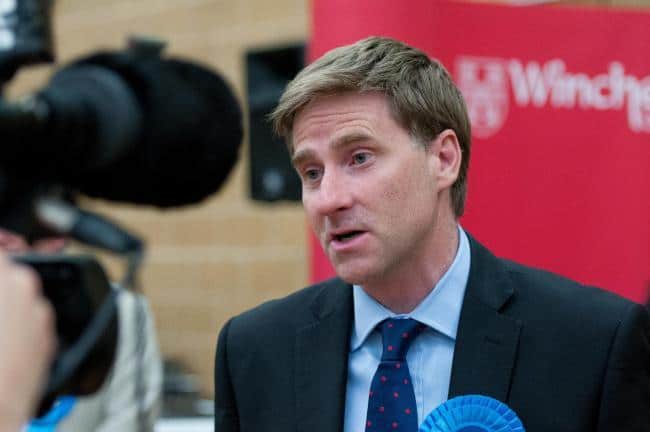 At the Colden Common Public Meeting on 14 November 2016, Steve Brine, MP for Winchester, asked for the following statement expressing his support for ADD to be read out:

“First of all, a HUGE thank you to ADD for all they are doing. The group have, from a standing start, put together an effective and coordinated campaign which is never easy.

I am in regular contact with ADD and also with my colleagues in Parliament, Mims Davies MP and George Hollingbery MP. We are as one in wanting Eastleigh Borough Council to listen to your aims and objectives. The Council are seemingly wanting to impose options B & C as its preferred way forward for mass development, and the consequences this would have for my constituents in Colden Common, which while under Winchester City Council directly borders Eastleigh, are obvious.

We want the Council to look towards solving traffic and infrastructure issues before committing to any final option, as in its current state the leader, Cllr House (and his colleagues), are pushing against the wishes of residents and doing so without proper consultation. These proposals will require massive and so far unfunded new road infrastructure to deal with the huge increase in traffic and the countryside threatened is of the highest quality which is why it’s so important we have CPRE support here.

I look forward to receiving the read out from tonight’s meeting and to continue working, alongside my parliamentary colleagues, with the ADD campaign group. You ARE making a difference so keep going.”

Your ticket for the: Steve Brine MP expresses support for ADD at 14 Nov Public Meeting