Is the Eastleigh Local Plan consultation a stitch-up? 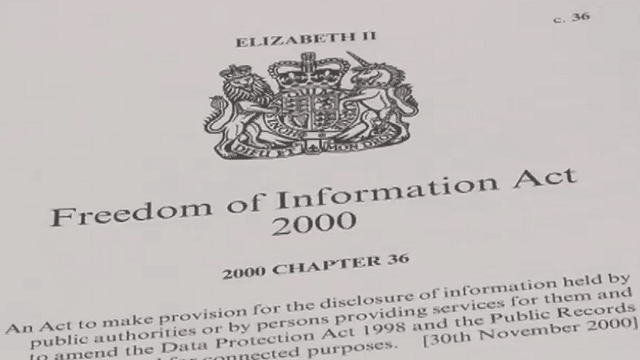 ADD UPDATE, 7 July 2017: Is the Eastleigh Local Plan consultation a stitch-up? In this update, we reveal the emails that Eastleigh Borough Council (EBC) tried to hide from the public…

According to two emails that have come to light despite attempts by EBC to keep them hidden, the leader of the council was involved in detailed discussions with the developers of options B and C of the Local Plan (namely the proposals for a monster housing sprawl and a major new road north of Bishopstoke and Fair Oak) well before they were made public.

The emails show that Cllr Keith House was discussing a ‘master plan’ and ‘joint venture’ with the developer, Highwood, in October 2015 – and that at least two senior officers were also aware. To the best of ADD’s knowledge EBC was not involved in comparable discussions relating to the other eight development options that were later nominally under consideration as part of the Local Plan, which eventually went public more than two months later. Nor were most councillors made aware of these talks.

Whilst it is quite common for council leaders to have high-level talks with potential developers, the amount of apparent detail suggested by these emails is most unusual at such an early stage in the process. Furthermore, any council is required to demonstrate an open mind about where development might take place and not to pre-determine the outcome of any consultation. Unless EBC had parallel talks about other potential developments, it is very difficult to see how it can have met this condition.

ADD has asked EBC to clarify certain points. In particular, we would like to know more about the ‘joint venture’. What does it involve? Who will benefit? Why were details not made public? We have also asked if EBC has had similar discussions around other options. We will post any responses but, if our past experience is any guide, they will be a long time coming.

The emails only came to light after local Bishopstoke resident Phil Tidridge issued a Freedom of Information (FOI) request to see specified records held by EBC pertaining to the Local Plan. FOIs came into existence in 2000 to enable citizens to see documents that would help them understand what has shaped the thinking of public bodies.

It is a publicly acknowledged fact that options B and C – which would involve more than 6,000 new homes in the Bishopstoke and Fair Oak areas – have been driven by local property developers. They are opposed by just about anyone who has expressed an opinion apart from the Lib Dems on EBC. The Woodland Trust say they would cause serious and permanent damage to valuable ancient woodland, whilst the TV environmentalist Chris Packham has described them as ‘eco-vandalism’.

Tidridge was concerned that EBC’s close relationship with the people who stand to profit if these options go ahead was disproportionate to the public interest this served. He wanted to know more.

The saga that followed (see timeline below) was one of delay and resistance by EBC. As a result, a process that could have taken eight weeks at most dragged on for more than a year. EBC repeatedly missed legal deadlines, despite receiving several reminders, and eventually told Tidridge they were refusing to co-operate. He then took the council to the Information Commissioner’s Office (ICO), which ruled mostly in his favour. EBC appealed against the regulator’s decision but eventually agreed to release the emails, with some details redacted (i.e. cut out).

Despite the edits, the emails reveal a great deal about the relationship between Cllr House and the developers (click here to read the emails). They confirm what ADD already suspected from private conversations we have had with key people, but have so far been unable to demonstrate publicly. Whilst not suggesting financial impropriety, they cast serious doubt on the council’s claim to have acted impartially during the Local Plan consultation process, as they are required to do.

No doubt this will not disturb EBC councillors, dominated as they are by the ruling party. The planning inspector may take a different view.

TIMELINE: HOW TIDRIDGE’S REQUEST FOR INFORMATION DRAGGED ON

15 April 2016: EBC requests clarification as to the date parameters of the request. Tidridge replies on the same day.

2 June 2016: EBC advises Tidridge that it has the information but is “consulting with third parties” before deciding whether to disclose it.

10 June 2016: EBC contacts him to refuse to release any information.

13 June 2016: Tidridge appeals to EBC for an internal review.

7 July 2016: Tidridge takes his case to the ICO, which assesses the case.

27 Jan 2017: ICO rules against EBC, criticising its processes and specifying which documents should be released in the public interest.

24 Feb 2017: Having been chased, EBC advises Tidridge that it has lodged an appeal against the ICO’s judgement regarding two communications from external third parties. It offers no explanation.

3 March 2017: ICO confirms it has received the appeal from EBC within the 30-day deadline (so EBC can meet deadlines when it wants to)!

6 June 2017: Following correspondence with the ICO over previous week, Tidridge receives an email from an ICO solicitor advising him that an agreement has been reached prior to an end-of-June court date and that redacted emails will be released by EBC. Tidridge asks EBC to send these emails to him.

Your ticket for the: Is the Eastleigh Local Plan consultation a stitch-up?

Is the Eastleigh Local Plan consultation a stitch-up?