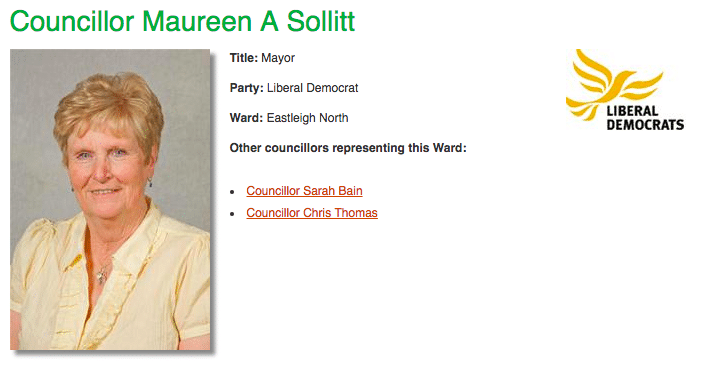 The Mayor and Deputy Mayor have resigned from the administration over their proposed plans to build a link road from Fair Oak through to Allbrook, an area both councillors represent. As well as being The Mayor, Cllr Maureen Sollitt is also Chair of Allbrook and North Boyatt Parish Council, which recently voted to formally object to options B and C in the Local Plan. “As Chair of this parish council and a resident of Eastleigh for many years, I share the concerns of local residents over the impact of the plans and the link road which would cut the village of Allbrook in half.”

Like his ward colleague, Cllr Thomas has many concerns about the direction of the Local Plan and its impact. “The height of the railway bridge at Allbrook is a serious obstacle in this plan. It is shocking that the traffic survey for the proposed link road will not be complete in time for Monday’s Full Council vote.” The Mayor and Deputy Mayor, like their colleagues in the Independent Group, remain members of the Liberal Democrats and support the aims and principles of the party nationally but do not share the local Liberal Democrat views on options B and C in the Local Plan.

Cllr Steve Sollitt, Leader of the Independents, welcomed his colleagues in what must have been an incredibly difficult decision in light of their roles as Mayor and Deputy Mayor of the borough of Eastleigh. “Their principled move on this is a sign of the growing unrest amongst Eastleigh residents about the Local Plan.”

Both councillors remain in their roles as Mayor and Deputy Mayor but will now represent their constituents as Independent councillors.

To view a pdf of the press release, click here.

Your ticket for the: Eastleigh’s Mayor and Deputy Mayor quit the council’s ruling Liberal Democrat Group over Local Plan concerns