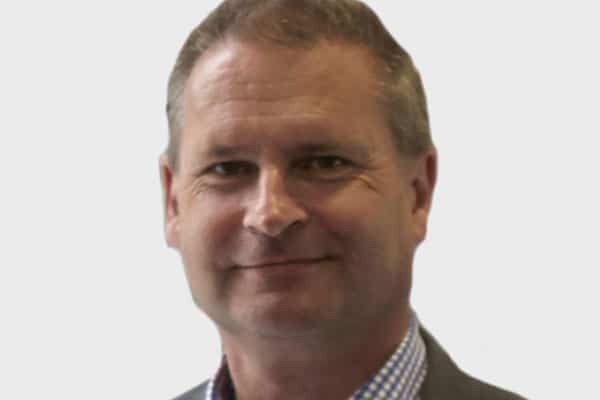 6 February 2018: In an open letter responding to recent leaflets from Eastleigh council’s leadership, headed by Keith House (above), residents of Bishopstoke and Fair Oak are urging locals not to believe what the council is saying about its Local Plan. Headed ‘Re-Focus’, the residents’ letter urges people to wake up to the council’s lies about its plans for 5,200 new houses and a link road in their two villages. To read the letter, see below. Please spread the word by forwarding this link or – if necessary – printing this article and distributing. The government will have to approve the council’s Local Plan later this year. Residents believe it is vital everyone knows the truth before it is too late. They urge people “to stop being hood-winked now!”

DO YOU WANT YOUR VILLAGES TO DISAPPEAR?

As you may know, Eastleigh Borough Council plans to submerge Bishopstoke and Fair Oak in a sprawl of 5,200 new homes – a scheme dreamt up by developers without any attempt to consult local residents. Council leader Keith House is so keen to get into bed with them that he is prepared to build nearly 2,000 more homes between now and 2036 than the council is required to provide. He says it is good to be a YIMBY (‘Yes, In My Back Yard’).

Backers of this scheme – known as options B and C of the Eastleigh’s Local Plan – say it can all be done whilst maintaining the quality of life and the identity of our communities. Who do they think they are kidding?

Bishopstoke and Fair Oak would entirely disappear as independent villages, losing all the strategic gaps that protect them. There would be huge damage to countryside that, according to the council’s own research, is by far the most environmentally sensitive in the borough. And it would create congestion locally of nightmare proportions, adding an estimated 26,000 traffic movements daily.

To alleviate the traffic, they propose to build the North Bishopstoke Link Road to the M3.  This would permanently damage five stretches of ancient woodland, the wildlife it supports and other much valued local amenities, pollute the River Itchen with terrible consequences for rare aquatic life, degrade parts of the South Downs National Park and destroy the village of Allbrook. No wonder Chris Packham calls it “eco-vandalism”.

And yet, with the plan due to go to the government’s planning inspector later this year, the council has produced no evidence at all that the road would actually improve traffic congestion. We think it would probably make matters worse.

Action against Destructive Development (ADD), the local group vehemently fighting the council’s proposals, knows that all this is completely avoidable.  The council has refused to give serious consideration to other much more suitable locations that would minimise coalescence between centres. For example, it has recently turned down an application to build housing on former industrial land in Hamble – even though local authorities are being encouraged to develop ‘brownfield’ sites.

Meanwhile the council’s ‘consultation’ has been shown to be a sham. Thanks to persistent probing by ADD, we know that its ‘Master Plan’ was in place as far back as July 2015 – long before it was made public. When ADD arranged a meeting in 2016 for residents to air their views, the response of one local councillor was to try to stop it taking place on public order grounds. They would really much rather not hear what we have to say.

Having lost the argument, the council’s leadership has resorted to a campaign of ‘fake news’. We hope you will have time to read the information below putting the record straight. It’s time to RE-FOCUS.

On December 11, 2017 Eastleigh Borough Council agreed provisionally to adopt options B and C of the Local Plan. The decision was taken despite huge gaps in the evidence base, including traffic, flooding and environmental impact assessments. The final say rests with the council’s chief executive. In other words, the most important decision about Eastleigh for a generation will be taken behind closed doors by an unelected officer without any democratic scrutiny.

To justify this affront to open government, the council’s leadership has pursued a campaign of misinformation that would make even President Putin blush.

HERE ARE A FEW OF THE CLAIMS BEING MADE BY THE COUNCIL’S LEADERSHIP THAT ARE EITHER BLATANTLY UNTRUE OR CANNOT BE SUBSTANTIATED:

Myth one.  The Local Plan would relieve traffic congestion.

Building 5,200 new homes would add an estimated 26,000 daily traffic movements. The homes would be built away from public transport links, urban centres and other places where people want to be, so maximising vehicle use. There is no evidence that the promised new road would help. It would probably make matters worse.

Papers submitted by the developers show that the new properties would sell for upwards of £400,000 – no use whatsoever to young people trying to get started. The promised affordable housing is just window-dressing. It is common practice for developers to promise affordable housing and, once planning permission is received, to go back on their word. It will not happen.

Myth three.  A new railway station at Allington and an extra Junction 6 on the M27 cannot happen because Network Rail and Highways England have ruled them out.

This is simply not true. Both organisations have said they would consider such schemes if the local authority came to them. However, Eastleigh Borough Council have shown no interest in doing so.

Myth four. There are no other possible sites within Eastleigh for the housing.

There are several potential sites, especially if we stick to the 3,350 new homes required by the government rather than the 5,200 in the local plan. Every single one of them would involve much less environmental damage than options B and C. The council has chosen not to give them serious consideration.

Myth five. Recent modifications to the plan mean the ancient woodland is safe.

The Woodland Trust has categorically denied this claim, made by Councillor House.

Myth six. All options are equally unpopular with local residents.

Options B and C received far more objections than the others. Including the road, option B (Bishopstoke/Allbrook) received more than the other nine combined.

The government will be asked to approve the council’s Local Plan later this year. We therefore believe it is important that everyone knows the truth before it is too late. Stop being hood-winked. Re-Focus now!

Your ticket for the: To everyone in Bishopstoke and Fair Oak… please read this message from fellow residents