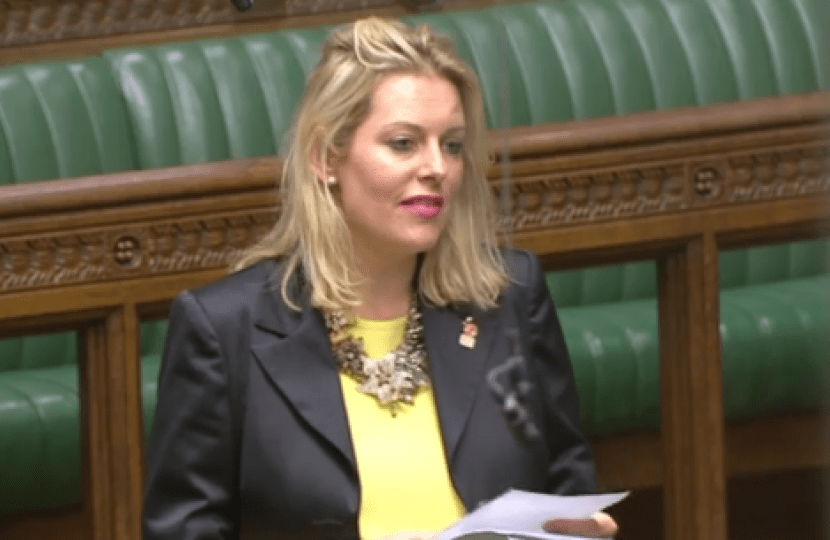 Statement from the Member of Parliament for Eastleigh Mims Davies, 30 March 2018: After last week’s letter from Secretary of State Sajid Javid to Keith House, leader of Eastleigh Borough Council, about Eastleigh’s Local Plan failure, Eastleigh MP Mims Davies issued this statement. We have printed it below:

“Eastleigh Borough Council has done just enough to avoid a major intervention by the Secretary of State for Housing, Communities and Local Government, Sajid Javid.

The Secretary of State is now continuing to keep an eye on and monitor the Council’s progress due to its persistent failure to put a Local Plan in place over many years to protect the community, environment and reflect local housing need.

In a strong letter to the Council, the Secretary of State points out he will not hesitate to use the full range of powers given to him by Parliament to ensure the full Plan is in place, and will be holding the Council to their new stated timeline.

The Secretary of State felt strongly enough to put a warning shot across their bows, and it is my strong belief that the Council has really only just done enough to avoid further action.

It is important to point out that this process is absolutely no endorsement of the Plan they’re working on and merely to say they have done just enough to hold officials from the Department back from coming through the door to take them to task.

I do feel very concerned like many local residents that even if the new and very late timetable is adhered to and the Plan comes forward, it is made of sand, as it may not get past the scrutiny of the independent inspector as recent stormy and hugely attended meetings have shown. The Council is not bringing the community with them on the choices they are making and this delay doesn’t help matters.

This is absolutely the final warning for the Council to buck up and make sure that they produce a sound, well supported Local Plan based on evidence which will protect green spaces and plan for the housing that we need.”