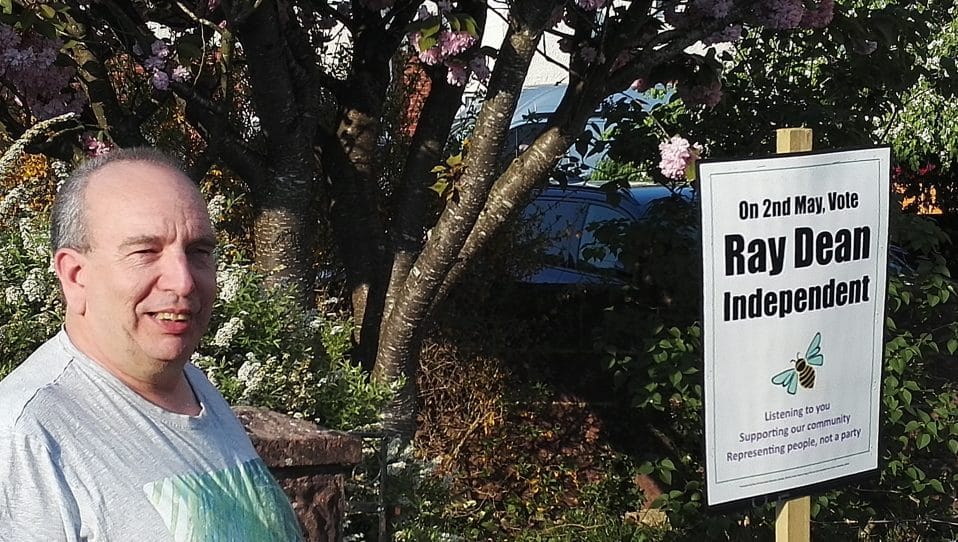 ADD UPDATE, 23 April 2019: Ahead of the local elections on Thursday 2 May, Action against Destructive Development (ADD) has invited each candidate standing for Eastleigh Borough Council (EBC), and each candidate standing for Winchester City Council, to supply us with up to 350 words on their views on EBC’s draft Local Plan and its progress. The same invitation was extended to candidates in the parish/town council elections in our area.

As part of our virtual hustings, Ray Dean, Independent candidate for Bishopstoke on Eastleigh Borough Council sent us the following message:

“It was an honour being elected to represent Bishopstoke as a borough councillor last year. Along with Louise Parker-Jones and Gin Tidridge (other Independent councillors), Bishopstoke now has a truly independent voice at the borough and an independent majority on Bishopstoke, Fair Oak and Horton Heath Local Area Committee. This allows us the ability to question the reasoning behind the Local Plan and many other policies affecting the way EBC operates. It also affords us the chance of having more of a say in planning and service issues.

We have raised concerns over the apparent lack of evidence to support the Local Plan and not one member of the ruling group challenged us. Instead, they remained silent. I voted against the Local Plan being submitted to the inspector as key evidence was missing and is still missing.

I believe the Local Plan in its present form will be disastrous for our community and surrounding areas. The new road link to the M3 will be inaccessible for many high vehicles due to Allbrook railway bridge. Our roads are already overstretched at peak times and, with the possibility of 10,000 extra vehicles in the area, this can only get worse. Services such as bin collections are already showing signs of buckling under the pressure of recent developments. I have raised this recently and asked that routes be re-thought to address problems of missed bins. This needs to be a proactive measure, not the reactive measure we usually see. The irreplaceable natural environment that used to be all around this area has been whittled away; what we have left needs to be protected, not sacrificed for blanket development.

If re-elected I will continue to listen to your views and support our community in representing the people, not a party-political agenda. And if the inspector passes the Plan, I will strive to ensure the area gets the best possible outcomes from a very bad situation.”