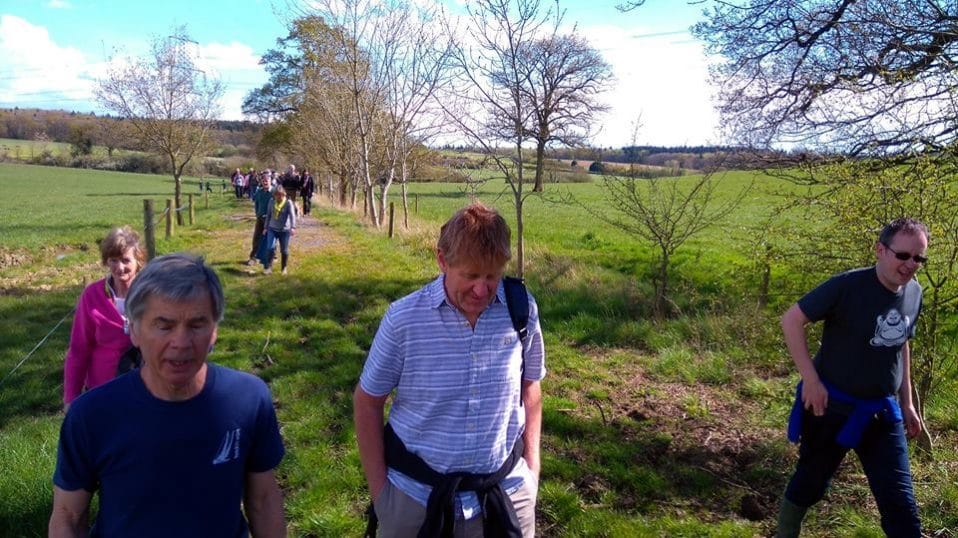 ADD UPDATE, 20 November 2016: It was standing room only as around 175 people packed into the community centre at Colden Common to hear an update on the Eastleigh development plan from representatives of Action Against Destructive Development (ADD).  The meeting gave its strong backing to the action group and its campaign to ensure that the borough’s housing needs are met in a way that protects top-quality countryside and the characters of local communities.

Opening the meeting, Kate Beal Blyth of ADD said their campaign had the support of a wide range of organisations and individuals.  She read a message from local MP Steve Brine, thanking the action group for its work and pledging his continued help.

John Lauwerys told the gathering that there were more appropriate ways open to the Council than options B and C of the Eastleigh plan, which would mean building more than 6,000 houses in Bishopstoke and Fair Oak.  Options D and E, he said, made better planning sense.  They would locate housing nearer to existing public transport and to places where people wanted to be such as urban centres, public transport and motorways.  B and C would maximise car usage, meaning at least an extra 30,000 vehicle movements a day.  Furthermore, options D and E were more compact, making it possible to create a central community focus, whereas B and C amounted to ribbon development.

Mark Baylis said that option B, which involves building a major new road through part of Colden Common, would permanently change the character of the village. He said the plan was developer-led, and it contradicted Eastleigh Borough Council’s stated objectives of protecting the countryside, promoting biodiversity, preserving the identities of individual communities and tackling climate change.  The new road, he said, was likely to increase rather than relieve congestion, and make it more likely that Colden Common would eventually become a suburb.

Caroline Dibden of the Campaign to Protect Rural England told the meeting that, from their perspective, options B and C were by far the worst of all those under consideration.

As well as ADD members, there were words of support from district councillors Richard Izard (who also chairs Colden Common Parish Council) and from Sue Cook, with the latter reading out a message from the chair of neighbouring Twyford Parish Council.  There was also backing at the meeting from Otterbourne and Allbrook and North Boyatt Parish Councils.

There followed a lively question and answer session lasting more than hour, with several of those present saying there was an urgent need for the Chickenhall Lane Link Road.

Afterwards Kate Beal Blyth, who chaired the meeting and is a founding member of ADD, said she was “very encouraged” by the level of support shown by villagers and by the number of people who came forward offering to help their work.