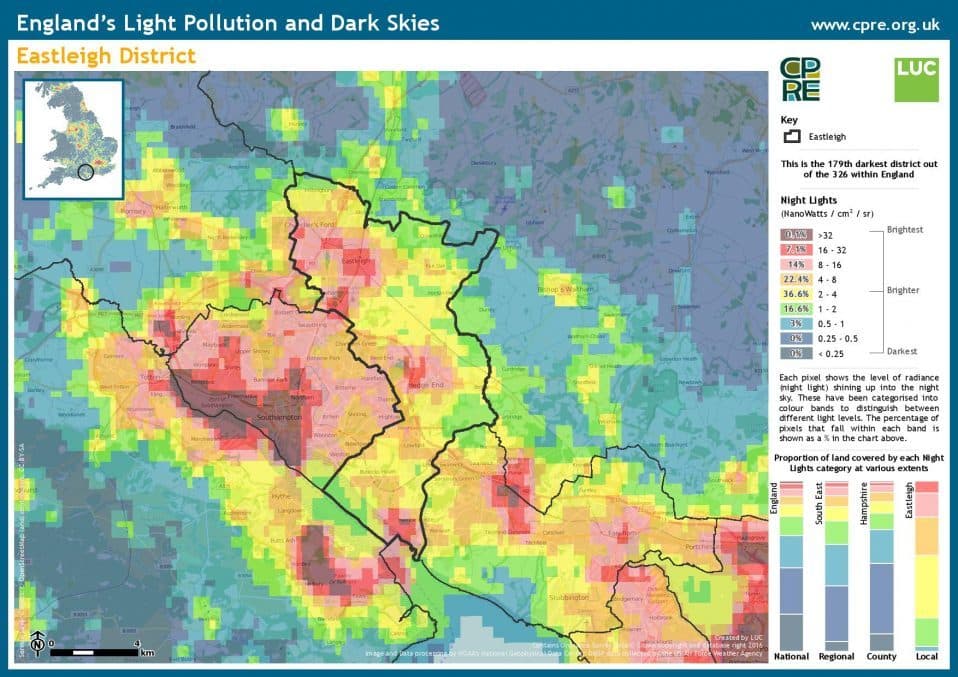 New ‘night blight’ maps for England, released by the Campaign to Protect Rural England this summer, show the problem of light pollution worsening across the country.

The maps, which come at a time of increasing awareness of the harmful effects of light pollution on the health of people and wildlife, provide powerful support for CPRE’s campaign to encourage local councils and developers to take light pollution into account when planning new developments.

In Hampshire, CPRE is campaigning for a Green Belt for South Hampshire, which would protect the countryside between the urban conurbations of South Hants and the New Forest National Park to the east and the South Downs National Park to the west and north. This, they say, would not only assist with urban regeneration but also prevent unnecessary sprawling of large built-up areas into unspoilt countryside – which only results in more light pollution and a shameful waste of energy and money.

As Eastleigh Borough Council weighs up the options for its Local Plan ahead of its meeting in December, let’s hope it doesn’t abandon its much-vaunted hopes for a greener world at the crucial moment and takes CPRE Hampshire’s recommendations for a Green Belt, amply supported by its ‘night blight’ map of the borough (above), into account.