Mims Davies sends open letter to ADD, we invite Keith House to give his views 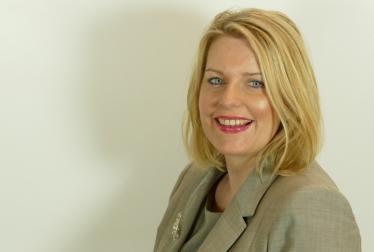 ADD UPDATE, 3 March 2017: ADD has received an open letter from Mims Davies, MP for Eastleigh, in which she criticises Eastleigh Borough Council (EBC) for the delay in its emerging Local Plan and its preference for options B and C, namely the development of 6,000+ new houses and a new road at Allbrook, Bishopstoke and Fair Oak.

In her letter, Mims Davies also notes with dismay the council’s claim that the principal alternatives to B and C are not feasible without the much-wanted Chickenhall Lane Link Road.  She believes this to be incorrect, and two very separate issues. That said, like the 1,100+ people who have signed this petition in support of the Chickenhall Lane Link Road, she says she is actively lobbying for the road, which she believes EBC has been less than active in promoting.

As a non-political group, we have invited Keith House, Leader of Eastleigh Borough Council, to give us his views on the Chickenhall Lane Link Road project and will post his response on this – and indeed anything to do with the Local Plan – as and when we receive anything.

“Planning in our area dominates my mailbox. I regularly receive emails, letters, phone calls and social media messages about the threats to our green spaces posed by Eastleigh Borough Council’s delayed Local Plan. I have long been campaigning against options B and C alongside many residents and of course Action Against Destructive Development. The emerging Local Plan is more than just about housing: it is about infrastructure, jobs and commercial space and the potential new plan tackles other possible strategic housing sites. Much has been said about these strategic options but sadly with an emotive issue such as this there have been inaccuracies emerging.

“To be clear from the outset, I am not a Councillor nor do I make or wish to make the decisions about strategic sites, housing number assessments or the evidence base used to construct a Local Plan. My job as an MP is to stand up for residents and give them a voice in Parliament and in the constituency. The Council’s role is to work with residents and stakeholders in a clear and transparent process looking at all the options for housing, jobs and opportunities for the best outcome for our communities. Ordinarily MPs are rightly happy to leave planning matters to their Local Council. The residents writing to me believe the situation is so dire that I have had to step in and explain the process to them.

“Put simply, options B and C represent an appalling loss of green space and amount to environmental vandalism. Stoke Park Woods is a beautiful area and once we destroy Ancient Woodland it never returns. Moreover, the old planning adage that once you tarmac over a field it never comes back is true. Before being elected to Parliament I was a Councillor for six years and I know that there are times when a scrappy old field at the end of the settlement can be a reluctant but appropriate site for well-designed housing. The situation we find ourselves however is the other extreme: our natural heritage under threat.

“The situation has arisen because of the way that this Local Plan is being constructed. Residents are up in arms about the potential options and yet very little listening seems to be being done by the Council. It has taken an age for Eastleigh Borough Council to get a submission ready plan for Inspection. While 74% of England now has an adopted Local Plan we are still waiting here in Eastleigh. In the meantime piecemeal applications such as that at Pembers Hill Farm seek to pre-empt that process – one of the reasons why I asked the Secretary of State to call in the application.

“Clearly, one of our key issues is the lack of sufficient infrastructure. I have noticed the rather lazy response by Eastleigh Borough Council to my call for alternatives to B and C. They claim that others are not feasible without the Chickenhall Lane Link Road. This is not correct and is an attempt to dismiss residents’ genuine concerns about green space. They are two separate issues.

“I am continuing to lobby Government and the Local Enterprise Partnership and all stakeholders for their key support on bringing forward the much needed Chickenhall Lane Link Road. I am hosting a summit to discuss this with key local stakeholders at Southampton Airport this month. This is necessary as I have had feedback from Government that the bid will be stronger and will continue to move positively forward with all the stakeholders if Eastleigh Borough Council show a greater level of support for it than they have to date, including in the work they do around their Local Plan.”

Your ticket for the: Mims Davies sends open letter to ADD, we invite Keith House to give his views

Mims Davies sends open letter to ADD, we invite Keith House to give his views