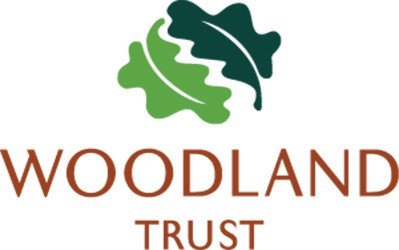 MAKING THE CASE AGAINST OPTIONS B AND C: THE WOODLAND TRUST…

ADD UPDATE, 11 September 2017: At Eastleigh Borough Council’s full council meeting on 20 July, representatives from environmental groups, local community groups and elected bodies all spoke AGAINST the council’s preferred proposal for its emerging Local Plan, namely a monster housing sprawl (5,200 new homes) and a major new road north of Bishopstoke and Fair Oak and south of Colden Common, Owslebury and Upham (its options B and C).

As we return from our summer break, ADD is publishing what these representatives said about options B and C, so that everyone can clearly understand the arguments against them. As we have stated all along, we are fighting for an evidence-based Local Plan for Eastleigh and will continue this struggle until we have won.

In this third post of the series, we publish the statement made by Jack Taylor of the Woodland Trust. He said:

“My name is Jack Taylor and I campaign for the protection of ancient woods and trees as an employee of the Woodland Trust.

What is ancient woodland?

“Ancient woodland is defined as an area that has been continuously wooded since at least 1600AD, though most ancient woods have been around for a lot longer than this, some since the last ice age.

“Ancient woods take centuries, even millennia, to develop and evolve into the precious habitat that you see today. Over time vital links have been created between the plants, animals and soils. Ancient woodland provides varied and unique habitats for many of the UK’s most important and threatened species, whether that’s English bluebells, Wild Garlic, or Bechstein’s bats.

“These species are sensitive. They don’t respond well to environmental change and they need the specific conditions that ancient woodland provides.

“Ancient woodland cannot be re-created. There is no gain in ancient woodland in this day, only loss. At present ancient woods cover only 2% of the UK so it is vitally important that we prevent any further damage, loss or fragmentation of these habitats.

“Where development is built near to ancient woodland, the populations of plants and animals that call the woods home can be heavily impacted. In this case, the proposals within Option B and C would result in 5,200 houses being built in very close proximity to a number of areas of ancient woodland, including Crowdhill Copse, Upper Barn Copse and Stoke Park Wood.

“This change to neighbouring land allows harmful outside influences, or as we call them ‘edge effects’, to take hold and adversely affect the woodland. These edge effects may include:

“When these edge effects penetrate ancient woodland they affect the woods’ typically stable conditions. By creating new areas of woodland around ancient woodland we can shield them from the harmful edge effects. We call these areas ‘buffer zones’. The size of the buffer zone is dependent on the intensity of land use adjacent to ancient woodland. In other cases with 1000s of houses we typically call on developers to provide buffers of at least 100 metres.

What impacts the proposals will have?

“One of the biggest concerns, particularly in the case of this development, is the issue of fragmentation. Introducing urban areas and a whole new stretch of road into the natural environment can be highly damaging to the connectivity of all the different habitats. In this case the impacts of fragmentation would be severe.

“Building the road here would completely sever two of the Trust’s ancient woods, Crowdhill Copse and Upper Barn Copse. The road, coupled with the houses, will result in disruption and loss of natural habitats and will heavily impact on the area’s wildlife, think flight lines disrupted, wildlife corridors cut, and so on…

“Councils and local authorities around the UK need to be looking at building more resilient landscapes, not less. They need to increase woodland and tree cover, strengthen existing connections between habitats and start creating a network of green infrastructure. And they need to do this in line with future development. We are concerned that Options B and C would be a clear step back from these sustainable development principles.

“At the Woodland Trust we have over 700 ancient woods currently under threat from development. I’m here today because Options B and C are of such concern to us. Hundreds of our local supporters have already urged you to reject development next to these woods. I’d hope you will now join them and protect them for future generations to enjoy.

“Thank you for the opportunity to speak today.”

Your ticket for the: Woodland Trust urges Eastleigh Borough Council to reject plans for 5,200 houses in north of borough