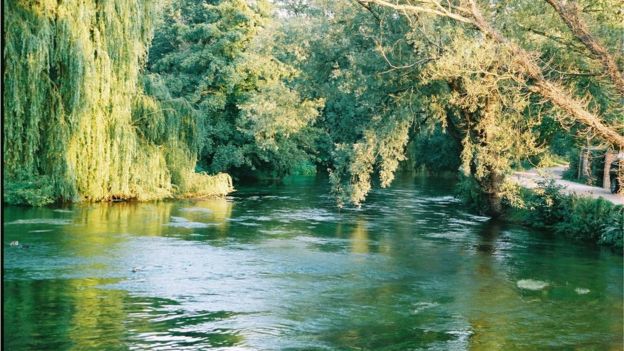 In a statement, Southern Water told the inquiry its only solution was to spend a billion pounds on alternative sources such as either a new reservoir or a desalinisation plant, or maybe both. But the company made clear the money could only come from its customers.

The inquiry was held to hammer out just how much water the company could take from both the Test and Itchen rivers. The latter has the highest possible EU protection and damaging it could cost the UK millions of pounds in fines. The Environment Agency wanted to restrict the company from taking too much water from the two world famous rivers. But as Southern Water explained in its position statement, the proposed changes “would put the company in the impossible position of having to break the law – either by breaching an abstraction licence in order to continue to supply customers in drought or force majeure events, or by breaching its duty to supply water to the public, a duty which is laid down by Parliament.”

The company also said: “We’re looking at ideas like improving and building a more connected network so water companies can transfer supplies more easily – from 2027 that would include better connections with Portsmouth Water and in the longer term a connection through Bournemouth to Wessex Water. Details of these £1 billion projects can be found in the Water Resources Management Plan. That plan – an industry first – looks 50 years into our shared future.”

But the inquiry heard the problem was more urgent – that in just two years’ time the company would, in technical terms, be “in deficit”. Moreover, that crisis would, if Eastleigh’s Plans were approved, coincide with the increase of at least 5,000 households in the area – astonishingly, nearly 2,000 more than the government requires.

In a joint statement at the end of the inquiry, the company and the Environment Agency wrote: “Southern Water’s concern was that reliance on drought permits or orders – or in the case of force majeure events, ad hoc discussion with the agency – to secure water supply would put Southern Water in breach of its supply duty due to the lack of certainty and the risk that Southern Water would not obtain the requisite authorisation in sufficient time.”

Indeed, despite substantial agreement between the parties on current licences, no agreement was reached on the merits of a potential future application for a drought permit or drought order.

As the Environment Agency concluded: “No evidence or convincing analysis has been provided, which compels a conclusion that the proposed arrangements do not adequately secure compliance with Southern Water’s public water supply duties.”

Where all this leaves Eastleigh’s Local Plan is not yet known. Could it be yet another nail in the Plan’s coffin?

Your ticket for the: Could Hampshire’s water shortage hole Eastleigh’s Local Plan below the waterline?