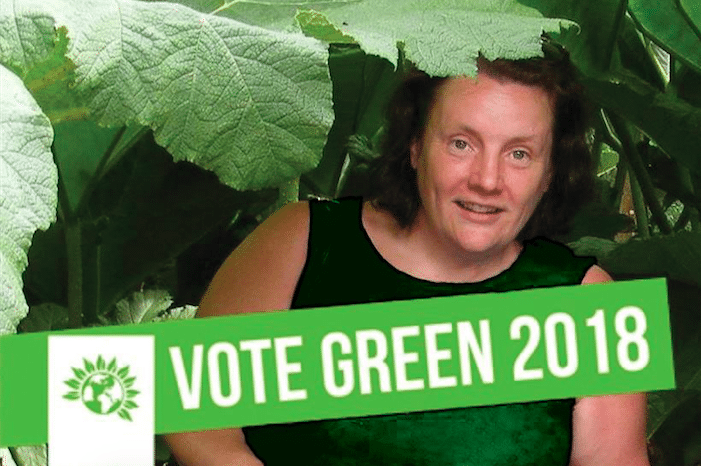 ADD UPDATE, 26 April 2018: Ahead of the local elections on 3 May, ADD has invited each candidate standing for Eastleigh Borough Council (EBC) and Winchester City Council – as well as in the parish elections in Allbrook and North Boyatt, Chandler’s Ford, Hiltingbury, Colden Common & Twyford and Owslebury – to supply us with up to 350 words on their views on EBC’s Local Plan.

As part of this virtual hustings, Tracy Weeks, Green candidate for West End South, has sent us the following email:

“The Green Party is the only party that honestly and truly understands the importance of planning to our green spaces. Our priceless environment has always been at the heart of the Green Party’s policies; it’s not something they have ‘piggie backed’ to gain more votes.

The Chartwell Green area of West End, where I have lived for 13 years, is on the edge of Eastleigh Borough Council’s boundary, any development on Allington Lane will impact on our connection with the rest of the borough. The A27 in peak times can be impossible to use. It’s easier to use public transport to go to Bitterne (SCC) than it is to head to Eastleigh, cheaper too. Allington Lane also has its own diminishing pockets of biodiversity (deer, buzzards, etc).

To build anywhere near ancient woodland is disgraceful, such pockets of land should be valued. Friends who live near proposed B/C development are frustrated with the current council. The roads are already under pressure, widening or adding more roads will only make congestion worse, not better! An overstretched water supply could see a shortage for residents and the ecological consequences could be huge for the Itchen and surrounding waterways.

Has the Local Plan been put together to be thrown out? The Lib Dems could then wash their hands of any responsibility and let the Conservative government take over.

The Local Plan is a missed opportunity. We need a more joined-up approach to housing. There are some great, genuinely affordable, zero carbon homes that will harvest water as well as solar energy. We desperately need a public transport system that is affordable, sustainable and works for everyone. The current council have become complacent; a once great recycling record now lags behind. It’s time for a fresh boost of Green energy!”