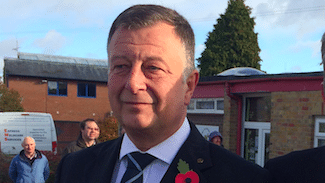 ADD UPDATE, 1 May 2018: Ahead of the local elections this Thursday, 3 May, ADD has invited each candidate standing for Eastleigh Borough Council (EBC) and Winchester City Council – as well as in the parish elections in Allbrook and North Boyatt, Chandler’s Ford, Hiltingbury, Colden Common & Twyford and Owslebury – to supply us with up to 350 words on their views on EBC’s Local Plan.

As part of this virtual hustings, Chris Yates, Conservative candidate for Hedge End South, has sent us the following email:

“I am standing as a Conservative candidate in Hedge End South with Jerry Hall and Andrea Lunnon. I am currently a Hedge End town councillor and have been since 2015. I was not able to involve myself in local politics before this as my previous employment precluded me from doing so.  There can be no argument that I am new to this process but that said I have lived in Hedge End all my adult life and Botley during my childhood.

I have watched the areas change from small villages to almost one sprawling town. Where have the green fields gone? We all know the answer to that.  The over-development in Boorley Green, Hedge End and Hamble alone beggars belief. The road networks cannot cope with the traffic already and will only get worse, doctors’ surgeries are oversubscribed etc – and there’s still no Local Plan!

I honestly believe it is time for change but the only way to do that is to remove the councillors that are currently in post and this coming election is the ideal opportunity to do this. All borough seats are up for election and the Conservatives are the only party that have a realistic chance of beating the Lib Dems. This will only happen if people get out and vote and are vocal. Residents of Easleigh borough need their stories not just told but heard so that others can see that what we have is not a bed of roses.”