Look out Eastleigh Borough Council – Chris Packham is watching you! 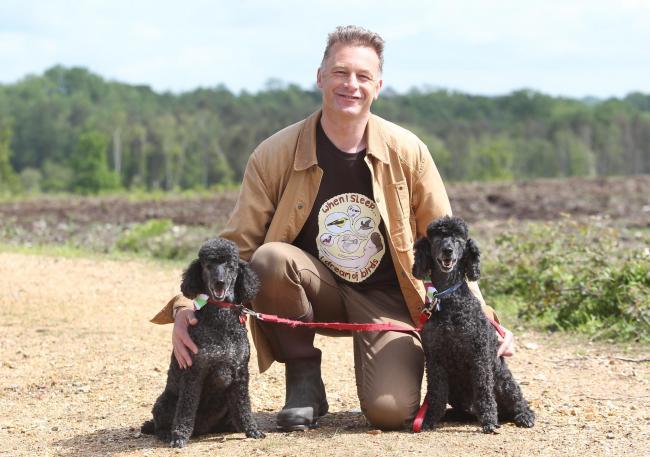 ADD UPDATE, 1 MARCH 2019: Regular visitors of our website will be aware that Chris Packham grew up in our part of Hampshire, and is one of ADD’s strongest supporters. You may also be aware that Packham recently launched the Wild Justice action group with the aim of prosecuting local authorities that cause unnecessary damage to wildlife. Eastleigh Borough Council (EBC) had better watch out because he has already described their Local Plan, which will be scrutinised by an appointed planning inspector in the next few months, as “eco-vandalism”.

Yet his relationship with EBC used to be such a happy one. Back in 2002 he wrote a foreword to the council’s publication “Wild about Eastleigh”, in which he congratulated EBC on taking “the important step of banding together organisations and individuals who are dedicated to conserving our local wildlife”.

Describing Eastleigh as an oasis, he wrote: “Some of Britain’s best, brightest, biggest and most exciting species live their lives just around your corner.” It was up to us all, he said, to ensure that they continued to do so.

Wind the clock forward to March 2017, and Packham is still ‘wild about Eastleigh’, but in a totally different way. He is incensed after learning that EBC has shredded its original conservation document and, through its Local Plan, opted to wreck by far the most environmentally rich and diverse part of the borough, namely the land north of Stoke Park Wood (now known as Option B). In 2002, EBC – under the same leadership as today – described this land as a Priority Diversity Area and now earmarks it for over 1,000 houses.

“It is desperately important that people get behind the campaign to prevent this piece of eco-vandalism,” Packham said. “The council is guilty of shabby politics. The plans are bad for wildlife and bad for humans. Of course, we need houses, but there are better places in the borough to build them. Green space is an essential component to a happy and healthy life. It’s there to exercise, walk the dog, engage with nature, reduce stress and benefit mental health. This is short-sighted short-termism motivated by ill-informed, ill-educated people who care little for their children’s and grandchildren’s futures.

“The threatened stretch of the River Itchen is of national importance and incredibly rich in rare freshwater life, which councils should be doing all they can to protect. Stoke Park Woods are where I learnt about wildlife as a kid, where I discovered my first kestrel nest. They are a huge asset and would never recover if the plans went ahead. The national park would also suffer from a dramatic increase in traffic and pollution.”

So, will Packham’s Wild Justice end up taking Eastleigh’s council to court? Well, ADD has other ideas – not that we expect any gratitude from the council’s leadership. ADD’s mission is to prevent Eastleigh’s Local Plan as currently drafted from going ahead in the first place, so avoiding the destruction of wildlife, ruination of villages and traffic chaos it would entail.

This would then free up Wild Justice to confront other councils that pay scant attention to the natural heritage in their areas. There would still be plenty to choose from but none, we suspect, as potentially devastating to wildlife as EBC’s Local Plan.

To make a vital donation to the ADD campaign, click here.

Your ticket for the: Look out Eastleigh Borough Council – Chris Packham is watching you!

Look out Eastleigh Borough Council – Chris Packham is watching you!