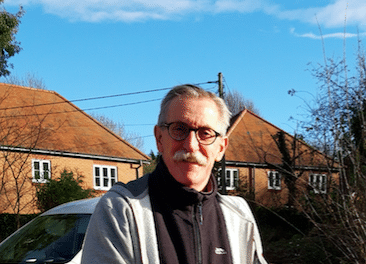 ADD UPDATE, 18 April 2019: Ahead of the local elections on Thursday 2 May, Action against Destructive Development (ADD) has invited each candidate standing for Eastleigh Borough Council (EBC), and each candidate standing for Winchester City Council, to supply us with up to 350 words on their views on EBC’s draft Local Plan and its progress. The same invitation was extended to candidates in the parish/town council elections in our area.

As part of our virtual hustings, Steven Broomfield, Conservative candidate for Fair Oak and Horton Heath on Eastleigh Borough Council, has sent us this message:

“Since being elected last May, I have worked to help residents of Fair Oak and Horton Heath by improving things around the village: new waste bins, repairs to play areas, promoting shops and businesses through my Facebook page and generally being part of village life. I was asked by Lou Parker-Jones to serve as Deputy Chair on the Local Area Committee and I have worked well with Lou, Gin Tidridge and Ray Dean [all Independent councillors in Bishopstoke] in mitigating the effects of the Lib Dems’ cavalier attitude to over-development. As a trustee of the Twynam’s Charity I have also helped a small, local, housing association provide accommodation for families in need.

Supporting local residents who have been failed by Eastleigh’s planning policies has also been a priority. Staff cuts (despite assurances to the contrary by the Leader Keith House) have affected residents very negatively, and I have spoken with many who feel let down. In several cases I have involved our MP who is asking questions at a much higher level.

Looking ahead, we face huge challenges – not just the fall-out from Eastleigh’s flawed ‘Plan’ (and already EBC is blaming others, such as Winchester City Council, for problems the inspector is noting) – but also the expansion of the West Horton Plan. With Eastleigh effectively marking their own homework on this since developers pulled out, residents need someone to speak up for them and work with the Burnetts Lane Residents Association.

I have had only twelve months to start work (most importantly, plans to revamp Fair Oak village centre and make Fair Oak Road safer and more inviting to shoppers) and find my feet. If elected on 2 May I promise to continue helping residents, assisting ADD in their campaign and working with the Independents and fellow Conservatives to try and bring some sense into the future of our local area. Having lived in Fair Oak for 18 years and seen my daughters go through local schools and grow up here, I think I can say I want what other residents want – a future where traffic congestion, air quality, school spaces, GP services and lifestyle are balanced in favour of people rather than rapacious development.”