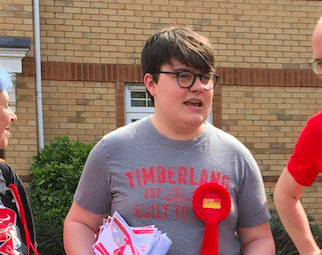 ADD UPDATE, 26 April 2019: Ahead of the local elections on Thursday 2 May, Action against Destructive Development (ADD) has invited each candidate standing for Eastleigh Borough Council (EBC), and each candidate standing for Winchester City Council, to supply us with up to 350 words on their views on EBC’s draft Local Plan and its progress. The same invitation was extended to candidates in the parish/town council elections in our area.

As part of our virtual hustings, Joshua Constable, Labour candidate for Eastleigh Central on Eastleigh Borough Council, has sent us the following message:

“I’d like to thank ADD for posting these statements once again. The rise of ADD as a local organisation is testament to the growing appetite for change within Eastleigh and the determination of local people to see that change brought about.

Eastleigh Labour has always objected to the soundness and effectiveness of the Liberal Democrats’ Local Plan. It is a plan that fails to deliver for local people, provide for the local community or protect the local environment.

I stood in Eastleigh Central last year, coming in a close second behind the Lib Dems. Since last year’s local elections, I have been campaigning locally and nationally to find out what local people want, and how best to deliver for them the changes that can solve the issues facing Eastleigh.

In October I gave the Labour Party statement to the Borough Council, (you can watch it here: https://www.facebook.com/JConstable4Eastleigh/videos/1031260827054454/) objecting in the strongest terms to the continued disregard to the views of Eastleigh residents. The Local Plan is everyone’s problem, no matter where in the borough they live. The traffic congestion, air pollution, threat to local wildlife, failure to provide affordable housing and strain on public services will affect everyone.

I am committed to protecting our environment first and foremost. But we also need to look at overhauling how we approach local government. It needs to involve people directly and explore new ways of providing for local people. From this, to restoring our policing here in Hampshire to undoing the damaging cuts of the Conservatives, Labour’s manifesto promises to offer much to Eastleigh.

If you would like to find out more I encourage you to get in touch with me. I want to hear from as many people as possible and am more than happy to go though my position in more detail. Contact me on: Email – [email protected]; Facebook – @JConstable4Eastleigh; Twitter – @JoshuaConstabl6; Phone – 02380 613357″