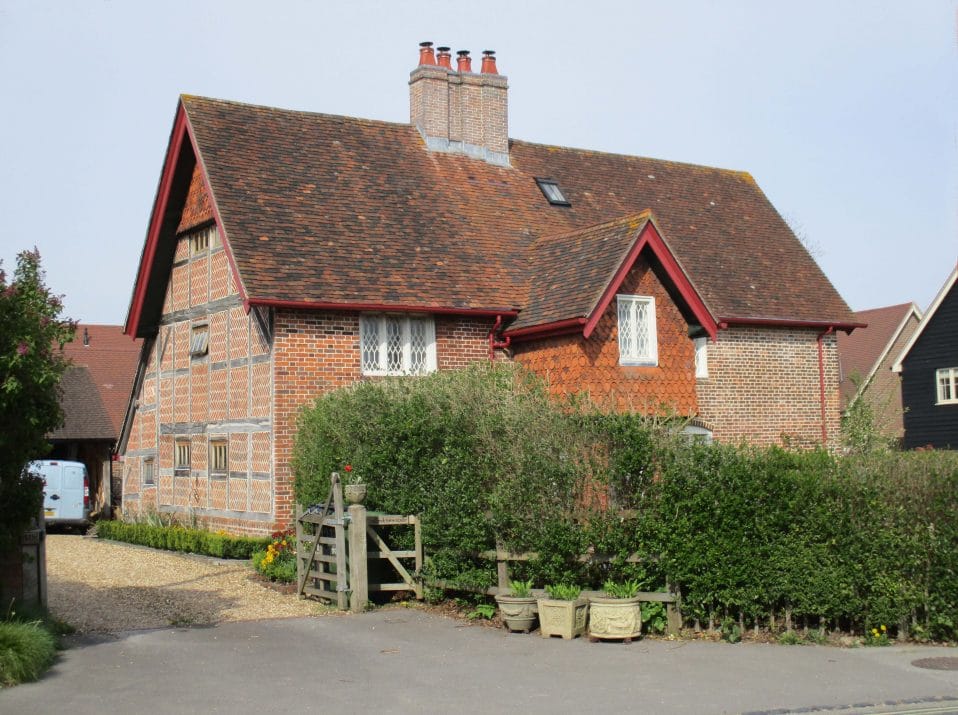 ADD UPDATE, 7 May 2019: Allbrook hosts one of Eastleigh’s most valuable heritage assets, but little has been done to promote its awareness. Now the council’s Local Plan threatens to degrade it further.

Allbrook Farmhouse was less than ten years old when artist Mary Beale and her husband Charles moved there in 1665 to escape the Great Plague in London. Unusually, it was Mary who earned the family’s living, from her portrait painting, while Charles supported her by managing the studio. This relationship is reflected in Mary’s ‘Essay on Friendship’, promoting equality of the sexes, also written in Allbrook.

Her self-portrait, now in the National Portrait Gallery, was painted there and it is likely that many of her sitters’ portraits were painted there too. Quite possibly they included some fairly notable people of that era. We know that Izaak Walton, friend of the poet John Donne and author of ‘The Compleat Angler’, visited her at Allbrook. The rare survival of this location where Mary Beale lived and worked adds a further historical significance to Allbrook Farmhouse well beyond that of comparable Grade II listed buildings in the Eastleigh district. Yet oddly, to the casual passer-by, it is just another old building.

History has not been kind to Mary’s former home. The Itchen Navigation, and later the railway embankment, were built within metres of it. Various alterations, neglect and the 20th century theft of its entrance door have detracted from its original appearance. In 1995 it escaped being turned into a pub restaurant. The 2008 Planning Inquiry saw opposition from, among others, Sir Roy Strong and Tracey Emin but, despite the claim that Allbrook Farmhouse was the only known artist’s studio from the 17th century still existing in Britain, its immediate environment was further drastically altered. The old farmhouse is now hemmed in by a new housing estate hard up against the property. The house itself was renovated and refurbished. Whether the racking where Mary dried her canvases survived these renovations is uncertain.

The latest affront to this unique piece of Britain’s artistic heritage is the proposed building of the North Bishopstoke Link Road in Eastleigh Borough Council’s Local Plan.  This road scheme would involve closing off Allbrook Hill at the bottom and re-routing traffic behind the existing houses along a new road leading to Junction 12 on the M3.

Originally conceived with a roundabout junction with Pitmore Road, it now proposes a tee junction. It appears that without the roundabout to slow it down, more and faster traffic from the motorway will then flow into the narrower section past Allbrook Farmhouse and require new signage and physical protection for the under-sized Allbrook railway bridge.

Despite this, the legal requirement for an assessment of the impact on the setting of this listed building appears to have been ignored. Yet, similar to paragraph 129 of the National Planning Policy Framework (NPPF), Eastleigh’s Local Plan policy DM12 states that development within the setting of a heritage asset will only be permitted where “it does not harm or detract from the signiﬁcance or special interest of the asset, and sustains and enhances its special character and qualities. The more important the asset, the greater the weight that should be accorded to this criterion.”  It is hard to see how this can have been adhered to here if the ‘significance’, ‘special interest’ and ‘importance’ have not been assessed. Meanwhile the Local Plan seems almost deliberately to make no mention at all about Mary Beale.

Although its historical connection with her makes this Grade II listed building a particularly important part of Eastleigh’s heritage, this has been completely ignored by the council. While Eastleigh hosts a blue plaque in honour of comedian Benny Hill, and even a plaque to the somewhat obscure Noel Croucher, founding chairman of the Hong Kong Stock Exchange, the presence here of the pioneering 17th century artist and feminist, Mary Beale, has had no such recognition.

At a time when women like Mary Beale are seen as forerunners for the feminist movement, this is a regrettable but perhaps not unintentional omission, given the implications the current Local Plan has for her old home.

Most councils would be proud of this asset, but not, it seems, Eastleigh.

Your ticket for the: How Eastleigh’s Local Plan threatens one of the borough’s finest heritage assets