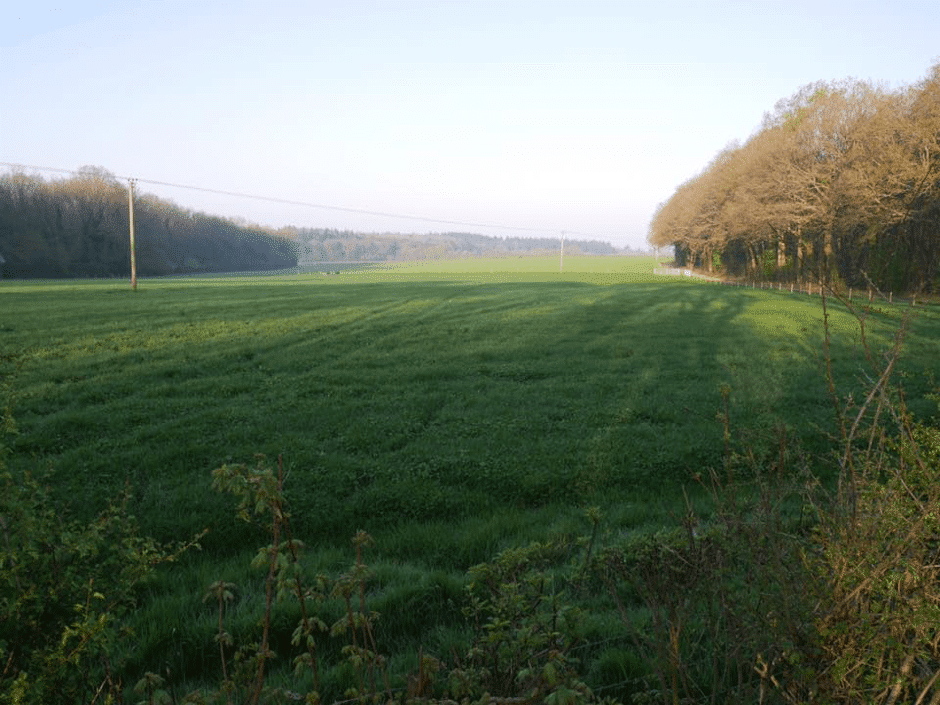 ADD UPDATE, 11 June 2017: Is Liberal Democrat-controlled Eastleigh Borough Council (EBC) rethinking its plans for a monster and hugely destructive housing sprawl on the outskirts of Bishopstoke and Fair Oak in response to comments received during its consultation process?

Mike Thornton, the Lib Dem Hampshire County Councillor for Bishopstoke and Fair Oak and close ally of the EBC leadership, hinted as much during the general election campaign when he stood unsuccessfully to be re-elected to parliament.

He was asked on camera by Eastleigh News whether the plan to cover the borough’s finest countryside with 6,000+ new houses and a major new road, namely options B and C of EBC’s emerging Local Plan, would impact ancient woodland at Stoke Park Woods (including Crowd Hill Copse and Upper Barn Copse).

He replied (view minutes 1.17 – 2.05 in this video): “I would chain myself to the railings before I allowed a bulldozer to go anywhere near Stoke Park Woods… There is a point that development and a road near the woods could cause damage, and that’s why it is absolutely vital that, if that proposal is to be accepted, we have to have a guarantee on how the road goes and how the development goes to prevent any damage to the local woods. And that’s absolutely vital. And we all agree on that and no one denies that. If it’s not possible to do it, then the development can’t go ahead.”

Do Cllr Thornton’s comments mean that he and his allies on EBC are finally listening to the views expressed by the Woodland Trust and by the TV naturalist Chis Packham, who described the plans as “eco-vandalism”?

Oliver Newham, the Trust’s senior campaigner for ancient woodland, has said options B and C would be a “hugely damaging”:

“Ancient woods are hundreds of years old and act as havens for wildlife. They are very sensitive to change, each one unique and irreplaceable. Ancient woods need properly protecting from the impacts of development. Any road between these woods would sever important wildlife corridors and further isolate the woodlands from each other. The woods would also be exposed to increased noise, light and other damaging impacts. We would urge those that love woodlands, particularly those with local experience of these woodlands, to do (and carry on doing) everything they can to convince decision-makers that these woods need protecting, not polluting.”

Pushed further on EBC’s hope that appropriate ‘buffers’ can be built into the plan, Mr Newham said: “What is being missed is things like the effect that shining car lights into the woods will have on nocturnal animals, the impact that increased noise and air pollution will have on people wanting to go for a tranquil walk, the effect on animals that need to cross between the woods – currently they go across green fields; if the plan goes ahead they’ll be blocked by a road and housing.”

As noted in our update of 10 March, the Woodland Trust says that in order to avoid significant adverse impact on ancient woodland, not least from vehicle emissions, no road should be built closer than 100-200 metres to such woodland. However, at the narrowest point Crowd Hill Copse and Upper Barn Copse are just 175 metres apart so it is IMPOSSIBLE to build the new road through this gap without having a damaging impact on the ancient woodland on either side. Perhaps Cllr Thornton, who declined to participate in our virtual hustings for the recent Hampshire County Council elections and the General Election, was simply trying to win votes, knowing how much hostility there is towards these plans. Or perhaps we are seeing a genuine change of heart amongst the Lib Dem leadership in Eastleigh. Significantly, Jackie Porter, the Lib Dem Hampshire County Councillor and candidate for Winchester, has come out firmly against the plan.

EBC is expected to decide on its Local Plan at its next full council meeting at 7pm on Thursday 20 July (venue to be decided). We are urging ALL our supporters to put this date into their diaries so that we can demonstrate the strength of our opposition.

As ADD has said all along, options B and C are undeliverable and unaffordable and would have terrible environmental consequences. Our fight is far from over but Cllr Thornton’s admission that, if it is not possible to prevent any damage to Stoke Park Woods, “then the development can’t go ahead” may just signal the beginning of the end.

Your ticket for the: Top councillor says need to protect woodland could scotch Eastleigh plans for monster housing sprawl