Listen to Eastleigh council’s leader being interviewed by BBC Radio Solent on his borough’s emerging Local Plan, and then check the facts for yourselves 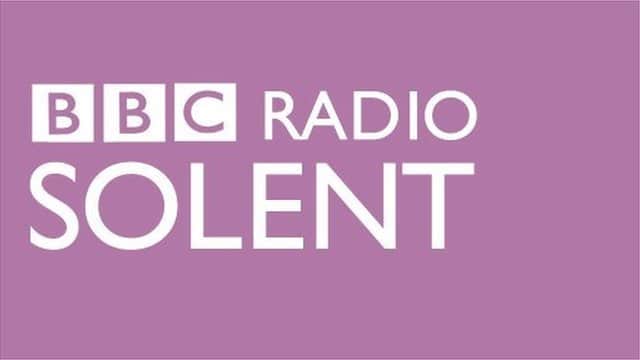 ADD UPDATE, 27 July, 2017: Last Friday, the morning after Eastleigh Borough Council’s meeting on its emerging Local Plan, BBC Radio Solent aired THIS BROADCAST on the meeting and the uphill struggle that Keith House, leader of the council, faces if he wishes to pursue his preferred plans for 5,200 houses and a major new road in the north of the borough.

In this post, we transcribe the first part of the broadcast and then invite you to listen to Keith House answer questions from the BBC’s Julian Clegg and Jo Palmer. Given ADD’s central aim is for transparency in Eastleigh’s Local Plan process, we highlight key parts of the interview you may wish to consider; and offer factual responses to Keith House’s assertions.  All we want is for the facts to be in the open so they can speak for themselves.

Julian Clegg: “Hundreds of people packed into a meeting last night to speak out against plans by Eastleigh Borough Council to build 5,000 new houses on land running through Bishopstoke, Fair Oak and Colden Common. Our reporter, Jo Palmer, who has been following the story all the way through, was there at that meeting last night. So, Jo, tell me a bit more, what was happening and what was it like?”

Jo Palmer: “Well it was absolutely… it was completely packed to the rafters, people were spilling out the doors. There was an overflow room where people were watching it on a screen.

“And there was a moment where it was then discussed who was going to speak out against the scheme and just about every organisation, from the Scouts, the Brownies, every environmental group – the Woodland Trust, the Campaign to Protect Rural England, the Angling Trust to name but a few – all said: ‘No! no, no, no. You’re building near ancient woodland, you’re building over the Itchen, this cannot go ahead.’

“And then, of course, there were all the residents who were hugely unhappy because of the scale of it. One of the main issues is a development of that scale requires a road – the road will be very expensive and it’s going into feed a traffic hot spot known as Allbrook Hill. I spoke to loads of people but there’s one woman in particular who just summed it up perfectly…”

Abby Bartlett: “Hi, I’m Abby Bartlett. I work in the construction industry as a sustainability consultant so my everyday job is sustainability. That’s my day-in, day-out work. And, quite frankly, the considerations for the new road just do not represent sustainable development, on even the remotest scale. So, sustainable development involves a balance between the economic, the environmental and the social factors of a development. Now this one, we know there are environmental issues with the river; we know there are economic issues with the railway bridge that is going to cost a small fortune to sort those side of things out; and, as you can see by the numbers here tonight, socially the community do not accept the option. So, I don’t see how Eastleigh can see it as sustainable development.”

Julian Clegg then interviews Keith House, the leader of Eastleigh Borough Council (minute: 1.57). Listen for yourselves how Keith House:

(i) dismisses the huge turnout of people against the council’s preferred plans as standard, saying there would have been just as big a protest whichever options the council preferred. REALLY? The fact is that options B and C generated over six times more objections during the consultation than the alternative options (592 vs 96).

(ii) responds to a question quoting Chris Packham, the TV naturalist, saying the council is “playing with fire [and]… taking away how people can get in touch with nature by just building all over it,” by saying: “We are not building all over nature.” REALLY? The fact is that the council’s plans are for 5,200 new houses and a major new road on the borough’s last remaining, and most beautiful, countryside.

(iii) avoids the question about why the council is planning a new road that ends up at the low, accident-prone Allbrook bridge, saying “the new road would give easy access to the M3.” REALLY? The fact is that the new development is likely to throw around 25,000 extra vehicle movements every day onto already congested roads. How are all these cars and lorries going to have “easy access” under this tiny bridge? It’s not clear he or other councillors know.

(iv) responds to a question about whether he is “blindly wedded” to options B and C by saying: “If it turned out there genuinely was a showstopper… then obviously we would have to look for a different proposal but there is no evidence at the moment to suggest that this is not the best way forward.” REALLY? Was he not listening to the facts presented by the 20+ speakers at the meeting, including those from the Woodland Trust, the Angling Trust and the Test and Itchen Association? He insists he does listen, but this comment indicates otherwise.

(v) suggests the Woodland Trust “haven’t actually looked at the most recent proposals [for options B and C] because we have now got massive buffers between development and the woods”, implying that, if they had, they would be content. REALLY? The fact is that the narrow gap between Upper Barn Copse and Crowdhill Copse, through which the proposed new road would travel, is approximately 175 metres and the Woodland Trust says that 100-200 metres is necessary as a buffer “to protect plant species from the effects of vehicle emissions from roads” (click here for more). That said, we have asked the Woodland Trust to confirm they have indeed looked at the most recent proposals.

We also dispute other assertions made by Keith House in this interview and will continue to work with local and national bodies to ensure Eastleigh’s Local Plan is properly evidence based. As things stand, the council’s preferred option of 5,200 houses and a major new road north of Bishopstoke and Fair Oak is looking harder and harder to justify.

Thank you again to everyone who joined us on 20 July to protest against EBC’s appalling plans for the north of the borough. Together, we will win this fight!

Your ticket for the: Listen to Eastleigh council’s leader being interviewed by BBC Radio Solent on his borough’s emerging Local Plan, and then check the facts for yourselves

Listen to Eastleigh council’s leader being interviewed by BBC Radio Solent on his borough’s emerging Local Plan, and then check the facts for yourselves