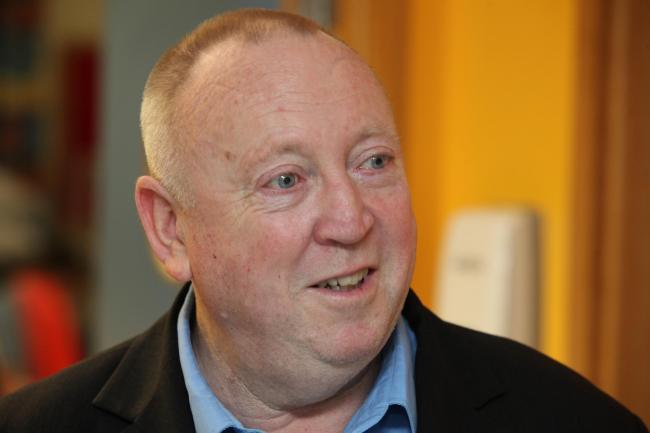 MAKING THE CASE AGAINST OPTIONS B AND C: KEITH TAYLOR, GREEN PARTY MEMBER OF THE EUROPEAN PARLIAMENT FOR THE SOUTH EAST REGION…

ADD UPDATE, 9 November 2017: At Eastleigh Borough Council’s full council meeting on 20 July, representatives from environmental groups, local community groups and elected bodies all spoke AGAINST the council’s preferred proposal for its emerging Local Plan, namely a monster housing sprawl (5,200 new homes) and a new link road north of Bishopstoke and Fair Oak and south of Colden Common, Owslebury and Upham (its options B and C).

Since the end of the summer, ADD has been publishing what these representatives said about options B and C, so that everyone can clearly understand the arguments against them ahead of the council’s next key meeting on 11 December (Please, please attend this meeting: We need EVERYONE against options B and C to be there). As we have stated all along, we are fighting for an evidence-based Local Plan for Eastleigh and will continue this struggle until we have won.

In this post, we publish the statement made by Keith Taylor, Green Party Member of the European Parliament for the South East region. He said:

“This gathering is extremely important in highlighting strong public opinion to the proposed development [north of Bishopstoke and Fair Oak – options B and C] and the significant impact it could have on the local environment if it goes ahead in its current form.

“I recognise the urgent need to address a social housing crisis, not just in Eastleigh but across the UK. But I would, along with the local community, urge Eastleigh Borough Council to reconsider its plans for the development of over 5,000 dwellings and a new road in an area of open countryside around many ancient woodlands and the River Itchen to the north of the borough.

“Instead of putting our precious and protected environment at risk, the council could be taking a more ambitious approach to developing brownfield sites and redeveloping older estates. Instead of giving the green light to building for private landlords and ignoring the need for social housing, they could and should be providing for the people most in need.

“Residents and local groups are rightly concerned about the impact this development could have on the River Itchen, a world famous chalk stream which brings jobs and money into the local economy and which has been afforded the highest possible protection in EU law by virtue of its designation as a Special Area of Conservation under the Birds and Habitats Directives.

“Eastleigh Borough Council has a legal obligation to maintain the integrity of this site. Any developments likely to have a significant effect on a Special Area of Conservation must be subject to an appropriate assessment and take a precautionary approach that would halt development if serious adverse effects cannot be ruled out. Failing to carry out such an assessment properly, as a ClientEarth report reveals is a persistent problem, or failing to comply with its legally binding outcome would be a breach of EU law. In such circumstances, the Commission would be entitled to issue proceedings in the Court of Justice.

“The Birds and Habitats Directives are the cornerstones of the EU’s biodiversity policy. They are hoping to conserve Europe’s most endangered and valuable habitats and species irrespective of political or administrative boundaries. I urge Eastleigh Borough Council to revisit the options and work towards a strategic development that puts the environment and local residents at its heart and supports a development that truly addresses the housing needs of the region.

“I would therefore like to share my objection to the plans in their current state and call on Eastleigh Borough Council to take into consideration the opinion of local residents and the important environment in the area of the proposed development.”