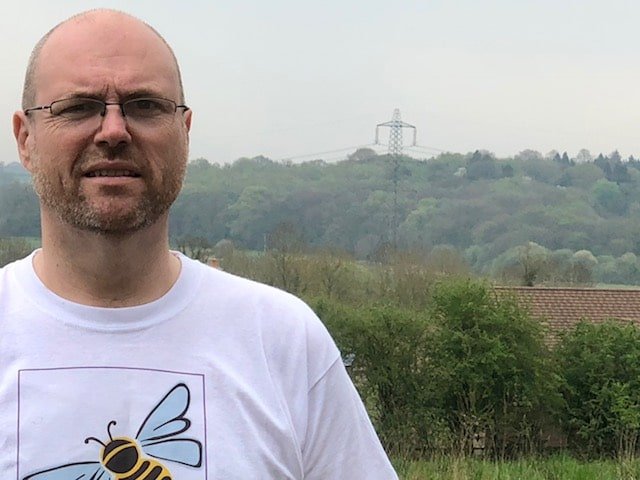 As part of this virtual hustings, Steve Sollitt, Independent candidate for Eastleigh North on Eastleigh Borough Council, has sent us the following email:

“As a councillor, first elected in 1994, I know how important planning and local plans in particular are.

Planning is never an easy issue but it’s vital that councillors recognise when something isn’t right and won’t work. Generations have to live with the consequences of our decisions.

I grew up in Eastleigh and lived in Twyford Road for 20 years. The idea of this development – and of ripping a road through the local countryside and through Allbrook itself – is just beyond belief.

I left the administration in August last year over their inability to understand the consequences of the present plan and in particular the devastating impact of the road that runs through options B & C.

I stood up at council in December and demanded a rethink. The Independent group pointed out that the road wouldn’t relieve congestion and would cause increased traffic in other areas, including both Woodside Avenue and Twyford Road. It would only serve as a distributor road for the development in B & C and the issue of Allbrook Rail Bridge makes the route unusable for the very traffic we are told it was being designed to carry. The idea of building additional housing that isn’t required in line with plan numbers feels like a way of making the finance add up rather than to build a sound plan.

The plan needs a rethink. It’s also not guaranteed that this plan will lead to the closure of Allbrook Hill and the required traffic surveys are incomplete, even now.

I am standing as I want to continue to be a strong voice against the proposed plan and the impact of traffic on our town. There needs to be a rethink. The present plan is flawed and poor planing is a legacy I am ashamed this council wants to leave future generations.”