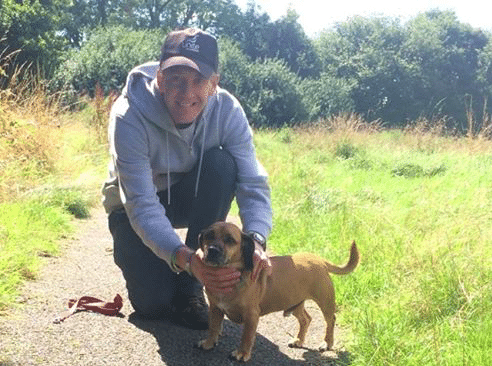 ADD UPDATE, 23 April 2018: Ahead of the local elections on 3 May, ADD has invited each candidate standing for Eastleigh Borough Council (EBC) and Winchester City Council – as well as in the parish elections in Allbrook and North Boyatt, Chandler’s Ford, Hiltingbury, Colden Common & Twyford and Owslebury – to supply us with up to 350 words on their views on EBC’s Local Plan.

As part of this virtual hustings, Phil Baker, Labour candidate for Fair Oak and Horton Heath, has sent us the following email:

“The decision to build 5,200 houses around ancient woodland and a new road which has yet to be declared feasible is far from ideal for Eastleigh’s new Local Plan. The likelihood is that rather than providing homes which are genuinely affordable for local people in urgent need of housing, this development will provide a suitable commuter residence for those being priced out of London, creating further traffic delays and pollution.

But what is the alternative for a council being whipped by the Tory government for housing quotas? The Lib Dem council have not excelled.  Their last Local Plan was rejected largely because it failed on enough affordable houses.  Their argument is that the funds from this large development can be used for amenities, such as new schools.  I, along with many would like to see brownfield sites, like Eastleigh Riverside developed, which would fund much needed improvements to Campbell Road bridge and a possible Chickenhall Lane link road. However, this would be more expensive and complicated for developers, who have great influence.

Politically there’s no difference between the Lib Dems and Tories, both blindly believing the free market is the only way forward, although the latter like to blame this failure on different parts of society, such as the elderly living longer and immigrants working in our schools and hospitals.  Homelessness is increasing and we have areas of the North which are ghost towns because of the lack of jobs while the South East is becoming more congested.

I believe that in a society where the rich are getting richer and the rest poorer, housing cannot be left to the free market.  This has failed nationally and locally.  The government and local councils must take responsibility by building council houses so we can have real control.  The Labour Party is financed by over half a million of its members, who’s input into national policy is growing thanks to Jeremy Corbyn‘s new democratic reforms.  Therefore we are the party with the power and the political will to implement an alternative solution to the national housing crisis.”

Your ticket for the: Eastleigh Borough Council election, 3 May: Phil Baker, Labour candidate for Fair Oak and Horton Heath, writes…