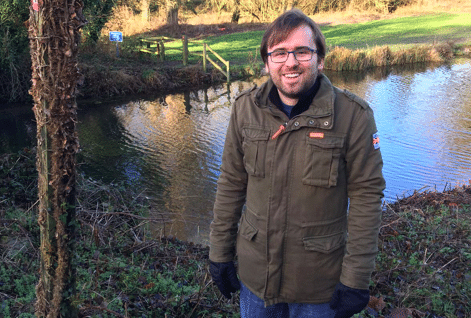 As part of this virtual hustings, Alexander Hughes, Green candidate for Eastleigh North on Eastleigh Borough Council and for Allbrook & North Boyatt Parish Council, has sent us the following email:

“We’ve all seen the road signs when driving into Eastleigh, “Welcome to the Borough of Eastleigh – Tackling Climate Change”. I don’t believe that Eastleigh Borough Council has done much to live up to this statement or propose anything positive for the environment with its current Local Plan.

The suggested 5,200 new homes are unlikely to be affordable for most people and will only further stretch already overburdened local resources such as schools, roads and hospitals. The Eastleigh Green Party would like to see genuinely affordable, zero-carbon homes built on brownfield sites. One of our key policies both nationally and locally is strong protection for the Green Belt, National Parks, SSSIs (Sites of Special Scientific Interest) and Areas of Outstanding Natural Beauty. We are greatly concerned about the ecological consequences the current plan has on local sites of ancient natural woodland and the Itchen.  We believe that any revised Local Plan should include a population cap in order to safeguard local infrastructure and limit the environmental impact.

What have we learnt from building new roads or expanding motorways? These fill up with yet more traffic and further increase pollution. Steps to make public transport more affordable and better integrated offer a more sustainable solution. For example, the Eastleigh Green Party will promote investment in hybrid and electric buses in order to reduce traffic emissions and an “Oyster Card” type system for fluid travel across the county.

The Green Party believes that the best way forward is by working with each other, rather than against each other, in a way that prioritises the rights of citizens and the environment over those of corporations. We see that the only way forward for humanity is an economy based on sustainability and equality.

Protecting the environment is the whole reason for the Green Party’s existence; it is at the heart of everything that we do. Does this not make the Green Party the obvious choice in May?”