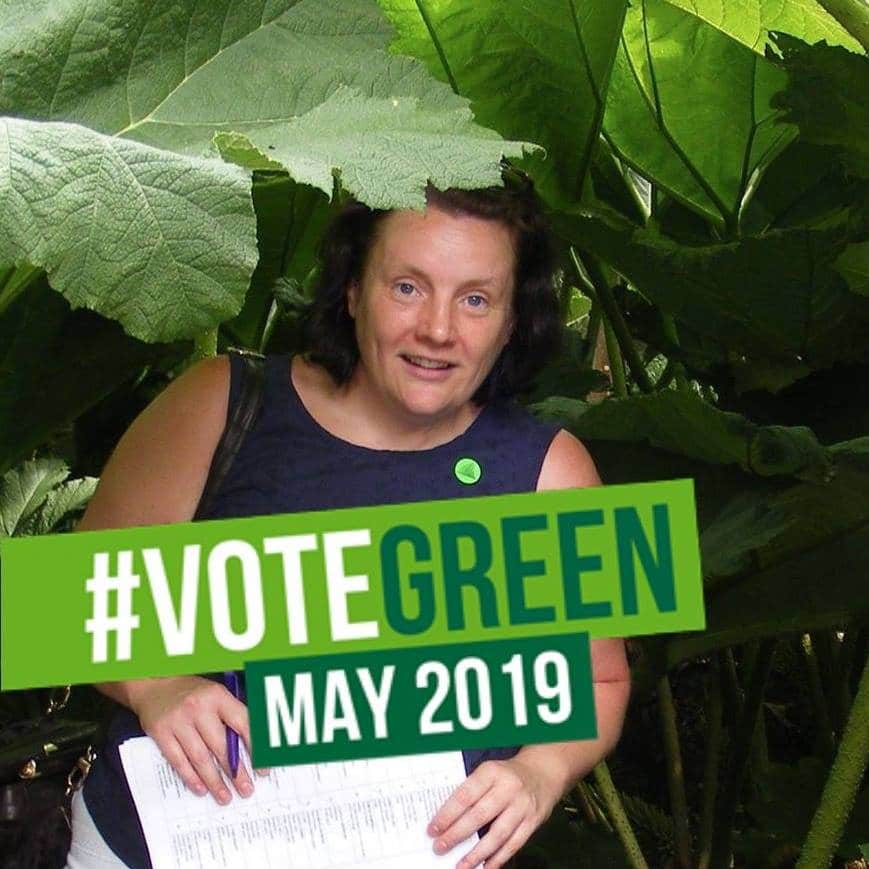 As part of our virtual hustings, Tracy Weeks, Green candidate for West End South on Eastleigh Borough Council has sent us the following message:

“I first became aware of the Local Plan when I attended the public consultation (in July 2017) at King’s Community Church, where I publicly raised my objections after hearing from an amazing collection of experts. This, and the meeting at the Hilton Ageas (in December 2017), left me wanting to vote Green (the only party that honestly and truly understands the importance of our green spaces), but there wasn’t anyone to vote for in my area – yet!

The Local Plan is ‘unsound’ and will create issues for the whole borough. I have lived in the Chartwell Green area of West End for over 14 years and the new housing development on Allington Lane is impacting our connection with the rest of the borough as well as the wildlife that already experiences ecological challenges.

It’s hard to believe that EBC still plans to build near ancient woodland, such pockets of land should be valued. The roads are so heavily congested around most of the borough; a lack of decent public transport means new home owners have no choice but to get in their cars to go anywhere. Adding more roads will only make congestion worse, not better!

There are empty buildings/houses that could be occupied with compulsory purchase orders and brownfield sites are not being used enough (not all sites clash with the airport flight path). Yet, greenfield sites are the prime choice as they are more profitable.

I’m not against the right houses in the right places using sustainable solutions. The Local Plan is a missed opportunity; there are some great, genuinely affordable, zero carbon homes that will harvest water as well as solar energy. We also desperately need a public transport system that is affordable, sustainable and works for everyone.

We mustn’t forget where the ‘demand’ for house building has come from, the current Conservative government who have also stripped local authorities of much-needed funding. Not that the Lib Dem response is right, it’s not – there is still a lack of required evidence! Also, is its Local Plan now out of date leading to the question, do we really need a 5,500-house mega-estate?”