Eastleigh Local Plan: “Is the council trying to bounce everyone into accepting a fait accompli?” 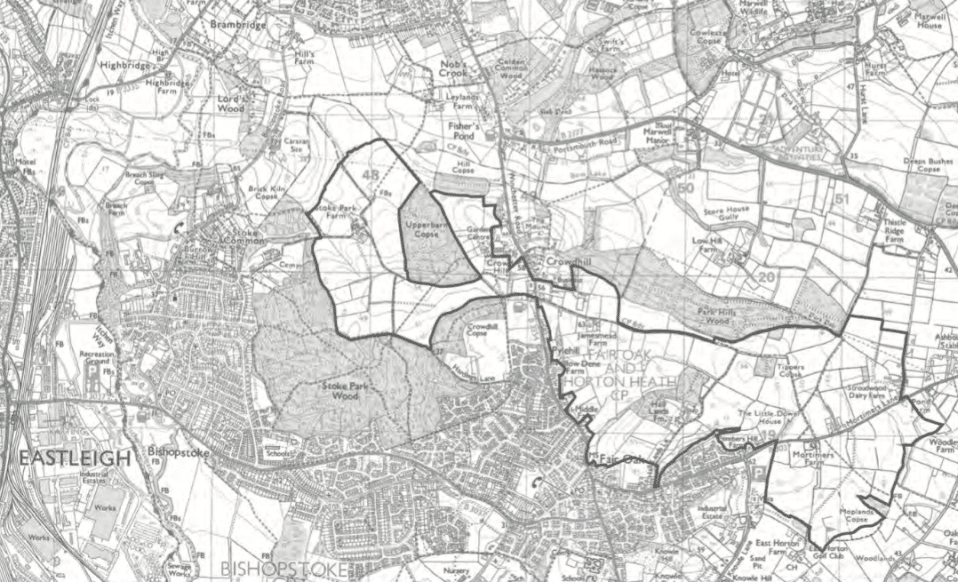 ADD UPDATE, 4 October 2019: Several of our supporters received yesterday an invitation from Richard Eastham of Feria Urbanism, an urban planning consultancy employed by Eastleigh Borough Council, “to take part in a series of workshop events to develop the design and planning ideas” for the Strategic Growth Option (SGO) in Eastleigh’s proposed Local Plan, namely the land north of Bishopstoke and Fair Oak which has been earmarked for around 5,300 new homes and new estate road (see Feria’s map above).

But wait a minute. Isn’t this all be a bit premature? As one of our Eastleigh-based supporters told us: “Eastleigh’s shocking proposals haven’t yet been approved by the Planning Inspector. Indeed, her examination doesn’t start until 21 November and the result won’t be known until next spring. As an Eastleigh resident, I’m asking if it’s a wise use of public funds to carry out these workshops ahead of the Planning Inspector’s decision. Eastleigh council has already spent over £3 million on this plan. I’m concerned they’re throwing good money after bad!”

On a similar note, another of our supporters said: “It also seems odd to me that drainage and electrical infrastructure in Mortimers Lane is being upgraded. Could this be in anticipation of a positive result for the SGO? If so, is Eastleigh council trying to bounce everyone into accepting a fait accompli?” This might have been a sensible tactic at the Regulation 19 [earlier consultation] stage when they were still in control of the process. However, that’s no longer the case. The Planning Inspector now holds the cards. She will decide whether the plan is sound or not.”

ADD has been working tirelessly for over three years to highlight the many shortcomings in the process and evidence for Eastleigh’s proposals. We are currently finalising our arguments, bringing together the advice of our planning, environmental, traffic and legal advisers so we can make our case against the SGO as strongly as possible at the examination.

We look forward to presenting these arguments, alongside our many allies and supporters, over the next few months.

Your ticket for the: Eastleigh Local Plan: “Is the council trying to bounce everyone into accepting a fait accompli?”

Eastleigh Local Plan: “Is the council trying to bounce everyone into accepting a fait accompli?”