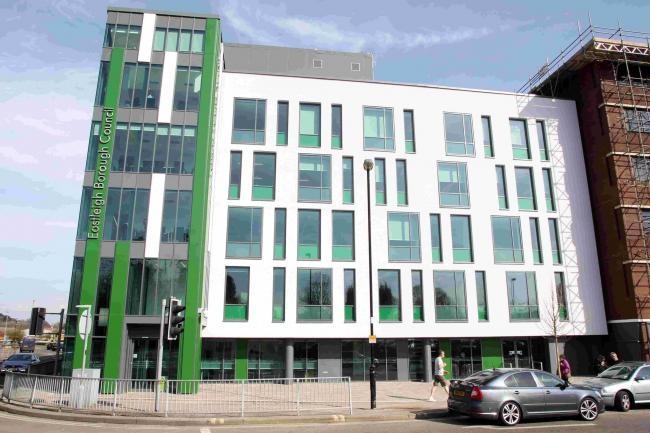 ADD UPDATE, 21 January 2020: As reported in today’s Daily Echo, Botleigh Grange Hotel & Spa, the venue for the examination of Eastleigh Borough Council’s Local Plan, has gone into administration.  An ADD supporter who has been to several of the examination’s hearings so far, told us: “It’s no surprise! At the last session I attended there were notices up saying the spa and pool were closed, the lift was out of order, and the heating wasn’t working!” Another ADD supporter said: “The hotel failed a food hygiene inspection before Christmas, so the writing was on the wall. Given all the problems with the Local Plan, you couldn’t make it up!”

For those of you wondering where the remaining two hearings of the examination – on Tuesday 28 and Wednesday 29 January – will be held, ADD’s chairman, John Lauwerys, commented: “Louise St John Howe, the Programme Officer, has confirmed that the final two days of the examination will be held in the council’s offices at Eastleigh House [Upper Market Street, Eastleigh, SO50 9YN].” He went on: “On the final day, the hearing will start at 9.30am dealing with site allocations in Allbrook etc and continue immediately afterwards with matter 14 on Delivery and Monitoring. That latter session will deal strictly with the issues raised in the Planning Inspector’s main issues statement.”

He concluded: “My understanding is that there is little chance we will gain any clues about the Inspector’s thoughts on the soundness of the council’s Plan at this meeting. This is largely because there are so many issues on which she has requested further information and until that has been submitted and she has had a chance to consider it she can hardly reach a conclusion.”

As always, we will do our best to keep our supporters fully informed.