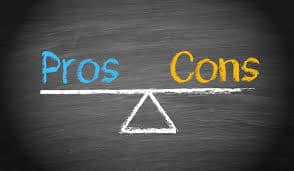 ADD UPDATE, 16 January 2017: As Eastleigh Borough Council (EBC) enters the final few months of its deliberations over its emerging Local Plan, councillors are weighing up the pros and cons of two strategic development areas: one in Allington Lane (an area previously earmarked by EBC for such a development, though no longer favoured) and the other in Allbook, Bishopstoke and Fair Oak (a new option currently favoured by the council).

In this update, we set out as clearly as we can why we believe the proposals in Allington Lane are the more sustainable, deliverable and affordable of the two.

To do this, we have drawn from a wide variety of documents, including those prepared by EBC (until it unaccountably decided to change its mind); Bovis/Hallam Land, the developers now promoting Allington; and our own research, including from consultants West Waddy.

Across a range of critical criteria, here’s how the two proposals stack up:

Allington Lane: Site is relatively flat and existing features of the landscape limit intervisibility with surrounding area.  There is the opportunity to provide gaps which are clearly defined and well managed.  The gaps would be wholly within West End Parish Council and Eastleigh Borough Council.  Options D and E do not occupy either the Local or Strategic Gaps which the council identified in the Eastleigh Borough Local Plan 2001-2011.  PUSH policy on gaps states: “In defining the extent of a gap, no more land than is necessary to prevent the coalescence of settlements should be included, having regard to maintaining their physical and visual separation.”

Allbrook/Bishopstoke/Fair Oak: Significant changes in levels across the areas, combined with large areas of open land, create significant intervisibility with areas some distance away from the sites.  Likely to be genuine difficulties in avoiding perception of coalescence of settlements.  Even if gaps are provided, they are likely to be reliant in part on land outside of control of parish councils within Eastleigh Borough, i.e. Winchester City Council.

Allbrook/Bishopstoke/Fair Oak: Remote from rail network and very limited bus services with limited potential to improve either.  Topography of site and remoteness from facilities and services further limit potential for other non-car based travel as a realistic alternative.  Therefore development will be car dependent and reliant on the provision of a £30 million+ new road which will have ecological impacts and is of questionable benefit, not least because of the narrow Allbrook railway bridge under which it would have to pass. EBC’s own infrastructure report, published last December, reveals a multitude of problems with this option.  How the road would be paid for also remains unclear.  Talk of EBC adding to its alleged debts of £100 million+ by borrowing the money seems imprudent.

Allington Lane:  Nondescript, urban fringe landscape most of which has no intrinsic quality worthy of protection for its own sake.  The site does not fall within or contain a rare landscape type and contains no landscape features or elements of especial rarity which could not be retained as part of the design response. EBC’s 2000 transport strategy recommends that “no greenfield sites be made available for housing development other than at Allington”.

Allington Lane: Ecological interest within the site comparatively small compared to North Bishopstoke / Fair Oak. Indirect impacts due to additional traffic across River Itchen will need to be tested further in combination with other emerging proposals.

Allbrook/Bishopstoke/Fair Oak: Much of land identified by EBC in 2002 as a priority biodiversity area.  Separately, a 2011 landscape character assessment supported by EBC, designated it as ‘Historic Park and Gardens’.  Accommodates the River Itchen Special Area of Conservation, a significant number of headwaters, a bow lake, chalk streams, a Site of Special Scientific Interest, two sites of Ancient Natural Woodland, numerous Sites of Importance for Nature Conservation, and contains protected species.  Potential for significant impact on sites, including through additional traffic across River Itchen.  The Woodland Trust has stated that it opposes the plans North of Bishopstoke. Concerns too over proximity to South Downs National Park.

Allington Lane: Very close to Itchen Valley Country Park and other open spaces within the vicinity of the site through existing and new public rights of way.  Will also provide significant new recreational opportunities within the site.

Allbrook/Bishopstoke/Fair Oak: Site currently provides a network of public rights of way which are well used for circular walks to take advantage of landscape and countryside views.  However it is poorly related to existing open spaces.  Opportunities for good levels of new recreation open space limited and existing amenity value of views from rights of way network threatened.

EBC aims to publish its pre-submission draft plan this spring. We will therefore be re-doubling our efforts over the next few months to demonstrate to decision-makers why – if indeed we need all these houses at all – the better outcome, by far, for the borough will be development in Allington Lane rather than in Allbrook/Bishopstoke/Fair Oak.  As the above shows, the evidence so far firmly points to this conclusion.  As new evidence becomes available over the next few months, we will react to it fairly and objectively.  We urge councillors to do the same.

Your ticket for the: Weighing up EBC’s Local Plan options: evidence firmly points to Allington Lane